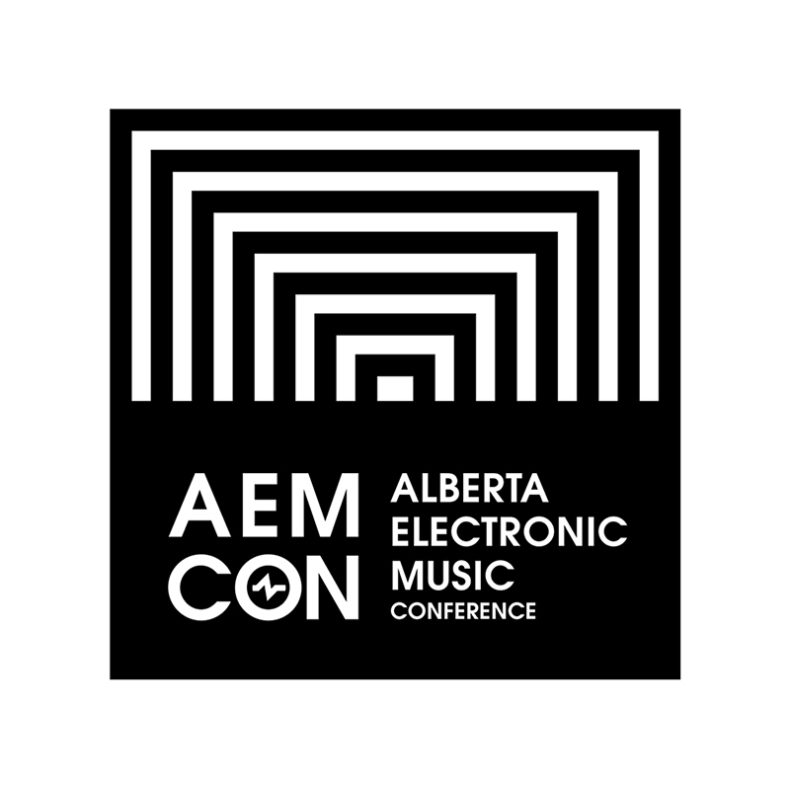 AEMCON, a.k.a. the Alberta Electronic Music Conference is gearing up for its third year November 15-18, 2018. It returns to Calgary’s stunning Studio Bell in the National Music Centre (NMC) and features a number of European and North American delegates and attendees.

Since the first conference in 2016, AEMCON has grown to reflect the growing North American electronic music scene, as well as Canada’s international presence in the industry. The numbers are up from the 46 cities represented last year. AEMCON 2018 focuses on electronic music in the video game industry, practical harm reduction strategies, how to become more financially stable as an artist or music entrepreneur, and many other topics.

The organizers, Isis Graham (Calgary), Andrew Williams (Edmonton) and Matt Carter (Lethbridge) founded AEMCON as a way to bring Alberta’s electronic music community together to discuss issues that affect the industry and share experience and insight into the worlds of music production and promotion.

“We want to create an event that really motivates and inspires those who wish to work in and create in the modern music industry,” says one organizer.”

Chris Goss, the cofounder of prominent drum & bass label, Hospital Records, shares his knowledge on running labels, the future of drum & bass, and how to make it in the music game.

Juno award-winning artists A Tribe Called Red, who are dubbed by the organizers as “one of Canada’s most inspiring electronic music acts,” will be in Calgary for a week-long music residency culminating in a sneak peek showcase of their latest productions, including one track made using the legendary TONTO synth that is housed in the National Music Centre (the TONTO can be heard on many iconic, platinum albums ranging from Stevie Wonder to Isaac Hayes).

Legendary Detroit Duo, Octave One, will be making their first Western Canada appearance “performing live in something they call ‘the mothership’ [and lead a] workshop where they deconstruct how they perform live,” the organizers shared with me.

Stacey Forrester, who runs the Vancouver organization Good Night Out Vancouver and leads the harm reduction initiative for the ever-popular summer Bass Coast Festival, has organized an informative panel called “Safer Scenes: Moving Beyond Call Out Culture.” The panel will bring together varied perspectives on how the “call out” fosters safety in the electronic music scene – a scene that has been gaining a lot of scrutiny for overdoses and sexual harassment. It proves to be a very important discussion highlighting various complexities in the shifting demographic of the electronic music scene.

The organizers work with local Calgary promoters and venues to bring in talent for their nighttime showcases. They also welcome ideas for panels or artists.

“We always try to take as much feedback from the community as possible,” say the organizing team.

AEMCON brings a professional stamp to an industry often pegged as a hedonistic group of irresponsible partiers. It also offers the perfect excuse to take in Canada’s nod to music and electronic music history at the National Music Centre while attending a strong line up of panels and headlining artists. The price-tag is well worth these three days of activities alone. Watching Octave One’s Western Canada debut in a Techno Mothership from Detroit? Priceless.

Talia Wooldridge is an avid music lover, composer and ethnomusicologist who contributes artist interviews, live concerts, festivals and album reviews for Spill Magazine. She has written extensively on the intersection of music, personal identity and cultural symbolism with an early focus on Latin American Hip Hop and female Cuban rappers. In her spare time, Talia writes, composes music and manages Music Can Heal, a non-profit that brings live, award-winning musicians to inspire healing in hospitals, hospices and communities in need. Her next project is an interactive music-travelogue exploring music cultures and music travel around the globe. Follow her here: www.taliawooldridge.com + www.movetoyourownbeat.com.
RELATED ARTICLES
albertafeatures