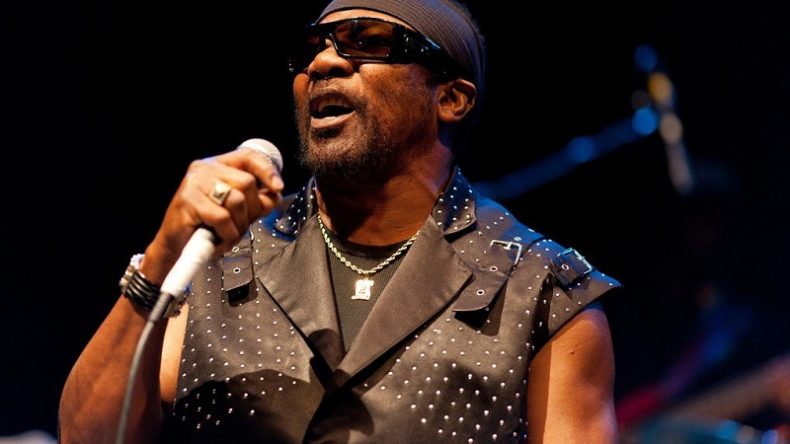 A CONVERSATION WITH TOOTS HIBBERT OF TOOTS AND THE MAYTALS

At the age of 75, most people find themselves living at a much slower pace than in days gone by. Toots Hibbert, however, is embarking on a North American summer tour with his band Toots and the Maytals with a youthful enthusiasm that would put most 20-year-olds to shame. A living legend in many respects, you’d think that Toots would have seen and done all there is to see and do by this point. I had the chance to chat with Mr. Hibbert and find out what exactly it is that continues to drive him forward with so much energy.

If there were any concerns that the reggae pioneer might struggle with the strenuous demands of touring, Toots assured us that things have been “going real good” so far: “We have a lot of great things happening […] we’re doing it the real way…the Jamaican way!” As if there could be any other way for a man who has been so prominent in the last half century of Jamaican culture. Toots added that he’s “always in touch with the roots [of his music], [that way] I deliver and [the fans] collect.”

Sharing the essence and soul of his music with his fans seems to be Toots’ primary focus on this tour (as well as every other tour, for that matter): “Yes, [the live energy is] very important because each person have their own feeling about my music, and they put them all together and feel the same way. Very good, and it makes me shy (in a good way). Everybody share the same feeling and I collect the energy from them, so we all share the same feeling!”

However, 2018 won’t just be spent on tour playing his best hits. Toots has several unreleased songs in the works at the moment, including the song “Marley” which he recently played on the Tonight Show with Jimmy Fallon. While Toots has a lot of confidence in the songs he’s been working on, “Marley” holds a special place for him at the moment. “I have a lot of confidence in my new songs, I have a whole lot of songs but this one [Marley] is what I’m going to push on right now, I did it on Jimmy Fallon yesterday and we intend to release so people go crazy about it! It’s all about myself and Bob Marley, how we grew up together, how we’ve been good friends to each other and we [also] speak about the vibe, the good vibes and bad vibes, that’s why my songs are dedicated to the world because we can tell a story which is true with my song and I was saying, we go together, and we used to talk  and we used to uplift each other by our words! And that’s why this song “Marley” comes around, I wrote it for about eight years now. And I just decide to make it known to the world, so that’s all about it, Marley and it’s a true story!”

While we might have to wait to hear what else the Maytals have been working on, “Marley” will likely be released before too long. Toots reflected further that this sharing of ‘vibes’ through the telling of his story with Bob Marley is just another way to connect positively with his audiences. “My work is positive, you know, and other artists want to make [positive work as well], to call Bob Marley[‘s legacy] again because he was very positive and it’s best to go positive than negative. I also send a message to the younger generation to learn about what’s up and stay away from negative [things]! We have to be strong by our words and our deeds and I’m still around today because people look up to me and my songs!”

Yet this kind of positivity can often be hard to find in a world seemingly ripe at the moment with endless negativity. Though Toots admitted the youth of today faces a lot of challenges in staying positive, his contagious optimism remains unwavering. “I’m not worried because they’re going to get through it and they’re trying hard now, they’re trying hard so what I’m ready to do is to let them understand about music and soul, not just reggae but soul, the good things, you learn them properly: you get the soul, R&B, rock’n‘roll, reggae music, no matter what kind you create… I’m proud to let them learn and give them a helping hand, so they can find the words much better than what they’re doing now […] you have to make sure your words [are] good and have a good message to tell all the young generation”.

Toots’ continued emphasis on sharing and communicating positivity above all else is admirable to say the least. Where most artists in the twilight of their career go on tour when the bank account is running a little low, Toots Hibbert feeds off the love and energy that his music brings to his fans instead. Rather than working towards his own ends, Toots seems to embody his belief that anyone can, and should, play a part in bringing people together. “It’s very important for you to think positive, whether you’re a carpenter, whatever you are, think positive and then everything will be [under] control, because that’s what my music is made of you know, I think of positive things and think good of people, and it gets them going in a proper way, so no matter which way you are get back to thinking positive! My message today is for people to think positive and live with love in this world, because love can move mountains and love can set us free, love and faith combined and that’s where we have to be! Love is a creation, it is each one’s destination. Love and faith and everything will be okay, we don’t want to be K.O.!”

Based in Montreal but raised across Western Europe, Andrew feels at home both everywhere and nowhere. Having picked up the piano at age four, he has since gone on to add clarinet, saxophone and guitar to his musical arsenal. As well as crafting music, Andrew spends a lot of time listening both at home and in live contexts. Rather than focusing on a particular style or calibre of artist, he is keen to explore music of any shape or size. Outside music, Andrew's passions lie in philosophical writing, visual art and sharing positivity with the world around him.
RELATED ARTICLES
featurestoots and the maytals