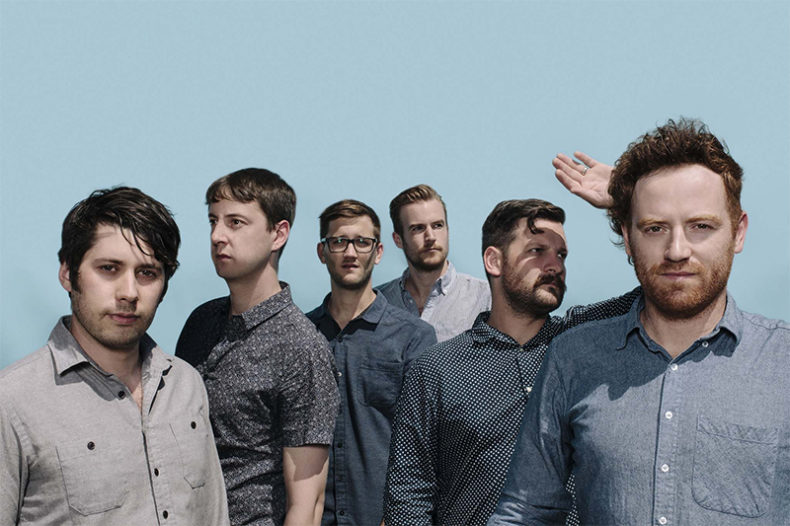 A CONVERSATION WITH MATT PETERS OF ROYAL CANOE

The end of summer means a lot of things for a lot of people. Usually a slight nostalgia for the long, sunny days that are in the rear-view mirror will start to creep in as the nights grow cooler, especially for those of us that will have to go back to the office or classroom after a brief spell of liberation. When I had the chance to catch up with Matt Peters of Royal Canoe, he too was reflecting on days gone by, while savouring every opportunity to make the most of those fleeting summer days that we have left.

“It was my birthday yesterday and it was as it is with birthdays, we got so ridiculously hammered and I don’t even remember when I got to bed… As I get older the moment the sun hits my room I’m up so today my brain is just mushy, but I’m a year older and I’m just powering through! I like having a little get together with friends for my birthday, doesn’t have to be a huge party, but the next day it’s hard not to have at least the smallest amount of self reflection where you’re analysing your life choices and having a little moment to see how you’re doing inside. So today I’ve got a bit of a haze, especially with the added ‘Fuck I’m one year older now, what’s up?’  and I don’t know if I came to any conclusions, but in the end I feel like, as the day’s worn on, everything’s great and I’m going on a tour in a few days! It’s kind of a great time to tour, fall is always the best time to head out on the road. There’s more people who are back to school and focused on stuff that isn’t summer bullshit, so they want to go out to shows and I’m just excited to get out there. We haven’t toured for a year so we’re kind of ready to go! Today was a day of realising all those things and coming to terms with it, being like ‘Yeah, this is gonna be great! I’m really pumped for it.’”

A rowdy birthday celebration and fall tour across North America aren’t the only exciting highlights of Matt’s life at the moment though. Just a few weeks ago, Royal Canoe released the first single, ‘RAYZ’, from their upcoming third full-length release Waver. The track showed off a new approach and emphasis that the Winnipeg indie band have brought to the studio this time around while working on the LP.

“I think there is definitely a different flavour to it, although I was talking to a friend about it and we kind of agreed that it’s a step in a different direction but at the same time it still feels like our band. When we set out to work on these songs, right from the beginning we were thinking that we wanted to focus a little more on clearer melodies and, I don’t want to say simpler arrangement cause there’s always a lot going on in our music, but we wanted the vocals, the lyrics, and the rhythm to drive the show even more than it has in the past. Even with the way we approached the process of songwriting, it was more of a group setting where we were trying to piece together a framework for a song that could stand on its own with the fewest moving parts possible. I feel like in the past there has been a lot going on and everything kind of interlocked in a complex way, whereas on this record things feel like they’re leaving space for the melody and the rhythm to tell a clearer story.” 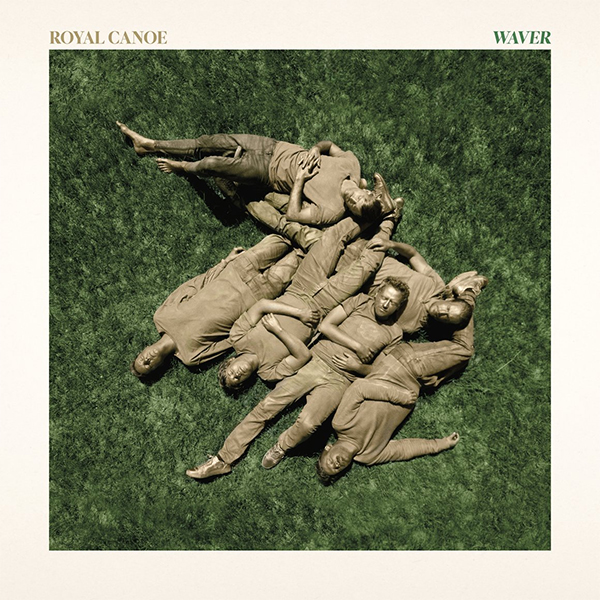 Matt added that this experimentation with how the band make their music was about more than just making the music more accessible, it’s about capturing a more natural self-expression:

“[The approach we took] allows you to be more honest. I don’t think raw is the right word because there’s so much production in our music, but in this song there’s this coarseness to the production and the arrangement that we didn’t necessarily gravitate towards on our last record. On this record we let the songs sort of push themselves in whatever direction they felt like going and this particular song I felt a grit to the vocal and drum performance that’s hard to push to the forefront when there’s a billion things going on.”

Not only was this focus on fully capturing the band’s energy reflected in the band’s song writing, but also in the recording process itself.

“A lot of people have always gravitated towards our live experience, so we tried to package as much of that into the recording as possible. In the past, everything was more from a multitrack perspective. Like, we usually do bass and drums together but on this album we really tried to record as many elements at the same time as possible. Every time there was a drum, bass and guitar take, sometimes there was all six of us, but there was often four or five of us playing at the same time trying to make sure that we could get an authentic representation of what it sounds like live. That doesn’t mean that we used one take for this album, we often punched in a couple things and did a bunch of the usual studio process. Just recording that way every single time, it really brought a soul to the performance that probably wouldn’t have been there had we just done everything separately.”

It’s not hard to see that Royal Canoe has a lot of creative energy at the moment, and it’s showing itself in more than just their music. The band has been known to mark its releases by reaching out and connecting with its fanbase in novel ways and their third record will be no exception to that tradition:

“We actually did something kind of crazy already. The experience we had releasing the previous record, going to someone’s house and listening to the music with them, you feel a lot closer to the people who have been there and given us so much over the years. We felt like “Hey, let’s go and let’s meet these people, let’s bring the album to them!” and I think on this album we were trying to figure out another way to bring people together. We came up with this idea for a treasure hunt where we buried a boom box with a taped copy of the record, the only copy that’s out there until January and we designed an app with a series of eight clues that people went through. It went so well! There were a few hundred people participating team and, sure enough, the winning team dug up the album and we were there to capture it. We wanted to get people out of their houses and doing something different. I’d never made one of these types of puzzles but I always loved crosswords and things like that so I always wanted to do something like this. It took people out into the city to see parts of the downtown they might not have seen before and maybe they even learned a thing or two about Winnipeg history.”

However, as Matt already mentioned, most of his attention at the moment was occupied by the band’s upcoming tour across North America, where fans can expect to be treated to a richer Royal Canoe experience than ever before.

“We have a few things going on for this upcoming tour. We’re going to be doing, I think, five new songs. We’re totally mixing up the set in a way that people are gonna really enjoy. When you’re playing live, it’s easy to get into a rut where you have certain songs that always have the same function and so if you take songs that everyone expects to be played last and play them first or vice versa, it totally changes your expectation right off the hop. We had a lot of fun just coming up with the setlists. There was also this realisation that we have three records now, although we’re the only ones who’ve heard this last one, and there’s so much to draw from. In the past we’d be making the setlist thinking one or two of the songs weren’t as strong as some of the others, but now we kind of have too many to choose from! It’s a great problem to have. We’re going to try to play many of the songs that people want to hear but also a bunch of the new ones. One difference from this tour is that there’s only gonna be one drummer instead of two. It’s pretty amazing to watch Mike do the work of two people and it’s really fun to experience live! We’re actually gonna have a friend of ours called Begonia opening up all our shows this tour. Matt Schellenberg and I, both the Matts, co-wrote the songs with her on the record and she’s sung on every record we’ve put out, she’s such a ‘tour de force’ and she has an amazing voice and is a great songwriter. We’re really excited to have her there with us. It’s going to be a very Winnipeg experience! We’re very excited for this tour.”

With so much creative momentum and exciting things to come over the next few months, it’s no wonder Matt was in such good spirits despite the hangover…

Based in Montreal but raised across Western Europe, Andrew feels at home both everywhere and nowhere. Having picked up the piano at age four, he has since gone on to add clarinet, saxophone and guitar to his musical arsenal. As well as crafting music, Andrew spends a lot of time listening both at home and in live contexts. Rather than focusing on a particular style or calibre of artist, he is keen to explore music of any shape or size. Outside music, Andrew's passions lie in philosophical writing, visual art and sharing positivity with the world around him.
RELATED ARTICLES
begoniafeaturesmatt peters