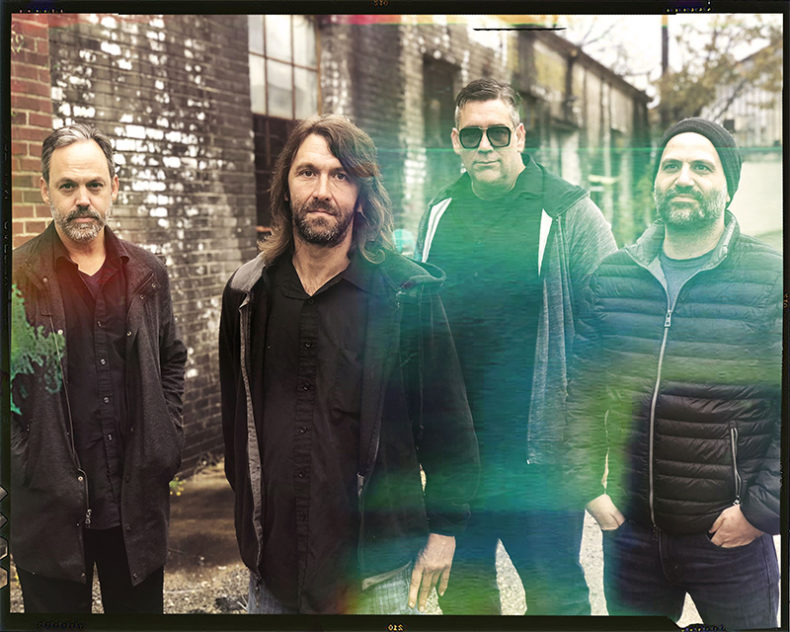 A MAN IN FULL

A CONVERSATION WITH LES NUBY OF HOLIDAY GUNFIRE

Les Nuby of Birmingham, Alabama-based Holiday Gunfire has been around the block a few times.  He has played alongside Dave Grohl at CBGB’s, opened for R.E.M. at Hyde Park to a crowd of eighty-five thousand, and most recently played to a capacity crowd of ‘maybe a hundred’ to celebrate the release of Holiday Gunfire’s eponymous debut. The scale may have changed, but there may not be a better example for aspiring musicians for how to not only survive, but thrive in the age of streaming.

Holiday Gunfire is an unapologetic ode to a time Nuby says he feels fortunate to have grown up in and a time when the alternative, for better or worse, went mainstream. Kurt Cobain, Michael Stipe, Bob Mould, Matthew Sweet, Kevin Shields and other influences are all present in varying degrees on the eponymous debut, released February 15. Nuby says of the new album, “This was me and a bunch of friends since teens all saying let’s make the record now that we should have made twenty years ago. We did this for us.”

However, twenty years ago, Nuby was hardly loafing. Nuby considers himself a guitarist first, but went where need was and drummed for Verbena after initially playing guitar. The band made the most of their opportunities, most notably opening for the just-emerging Foo Fighters in Europe. Grohl produced Verbena’s major label debut “Into the Pink”, and Nuby faced one of the more daunting challenges imaginable to any musician in the recording of the album.  “When you are playing drums for the greatest drummer alive, you tend to either crumble or step up.” Grohl then agreed to play bass for a Verbena tour starting in Richmond, VA and heading up I-95. “He learned all of our songs in one rehearsal. I don’t think he realized how much of a solid he was doing for us. Some people were coming just to see Grohl play bass and we got new fans.” 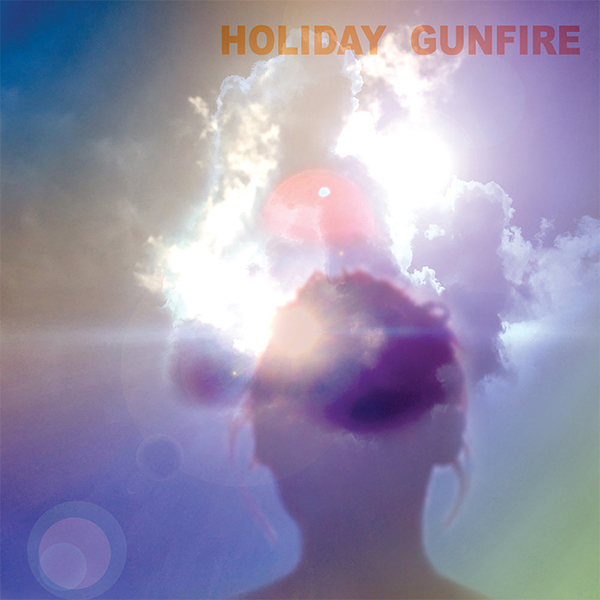 Other forays into the type of fame that the Foo Fighters and other bands in Verbena’s circle were rare, but hardly inconsequential. An appearance on David Letterman provided national exposure. A big budget music video with Kiefer Sutherland and a huge cast for “Way out West” still exists as a monument to a bygone era of the pivotal importance of the music video as promotional tool. When asked the difference between shooting that video and the lead single “Imaginary Girlfriend” off the new album, Nuby chuckles and doesn’t skip a beat.  “One hundred and twenty-five thousand dollars”.

Nuby is deliberate when discussing touring possibilities with Holiday Gunfire. “The days of going out on tour and picking up fans twelve weeks at a time, in my mind, is over. You might as well just set a pile of money on fire. There’s smarter ways to go about it.” Nuby is guarded when asked if social media is integral to modern artists’ success.  He sees a trend for musicians to sometimes use social media as a sort of tour therapist when tour life has an artist reeling, particularly in the light of the casualties that music streaming has left in its wake. Nuby decided to quit drinking on tour decades ago after realizing he was dealing with the introspective nature of all the hours not on stage in unhealthy and ultimately unsustainable ways.

That decision certainly played a role in the longevity of his music career. These days, Nuby runs Ol’ Elegante music studio alongside bandmate Jason Hamric.  Nuby enjoys keeping his finger on the pulse of the Birmingham music scene, and has a key role in defining it moving forward with his friend from childhood.  The enthusiasm in Nuby’s voice is undeniable when he recounts how he parlayed his music connections into VIP experiences for his oldest daughter to see Tori Kelly.  The joy in his voice is undeniable when he talks about being able to explain to his daughter that ‘this is my world, and these are the people I work with’ and earning her appreciation.

In a day when streaming services have turned too many artists into t-shirt salesmen and Patreon campaigns to make ends meet, talking with Nuby reveals that a lifetime of music can still yield the greatest rewards. Measuring success isn’t just about album sales. In his youth, Les poured his heart and soul into his bands and has countless memories forever. Now approaching middle age, Les has a thriving studio in his hometown where he can pass on his lessons and, hopefully, his bonhomie to a new generation of aspiring musicians. His band is composed of friends from childhood who aren’t afraid to play loud. We should all be so fortunate.

Wayne grew up in southwestern Virginia on a steady diet of country music before graduating to the Clash, Danzig, Fugazi and the indie and grunge scenes in the 1990s. He lives for live music and writes for Spill as a backup plan in case Trump wins re-election and he needs some Canadian connections.
RELATED ARTICLES
cornelius chapel recordsfeaturesholiday gunfire
8.0