SPILL FEATURE: 30 YEARS AND STILL VERY MUCH IN EFFECT – A CONVERSATION WITH MAESTRO FRESH WES 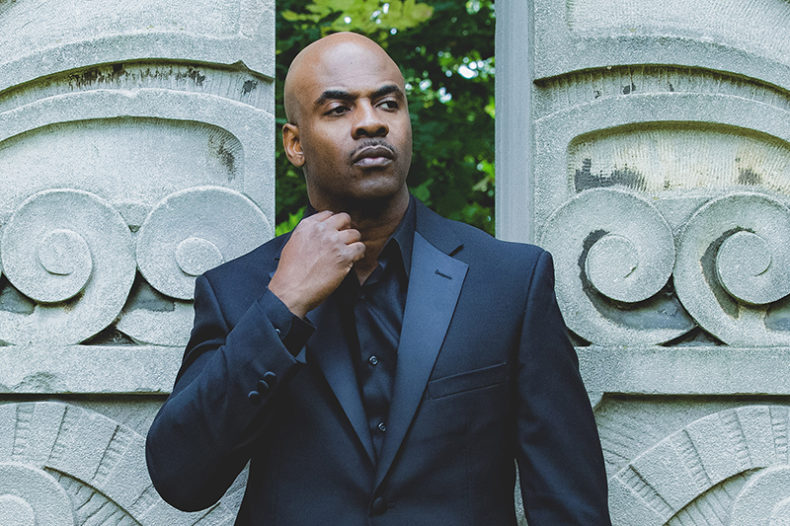 30 YEARS AND STILL VERY MUCH IN EFFECT

A CONVERSATION WITH MAESTRO FRESH WES

Recently I had the pleasure of talking with Maestro about his new album, his 30th anniversary, and all things a veteran Canadian rapper can speak of.

In 1989, when Symphony In Effect dropped, Maestro catapulted to an area not known to Canadian rappers at the time. Maestro is affectionately known as the rapper who became a national hero in not only the close-knit hip-hop community, but nationally, with Much Music helping to spread the music from coast to coast.

“Titles are cool and all of that, but the main thing is that I came out in a time when it wasn’t necessarily seen as something that would flourish or something that was taken seriously and through tenacity and perseverance, things came into fruition. I’ve got a slogan, we don’t make records, we make history, and that’s what I was trying to do. We knew coming out of Toronto, whatever we were doing right now was a historical moment that would impact a lot of people and that’s what happened.”. 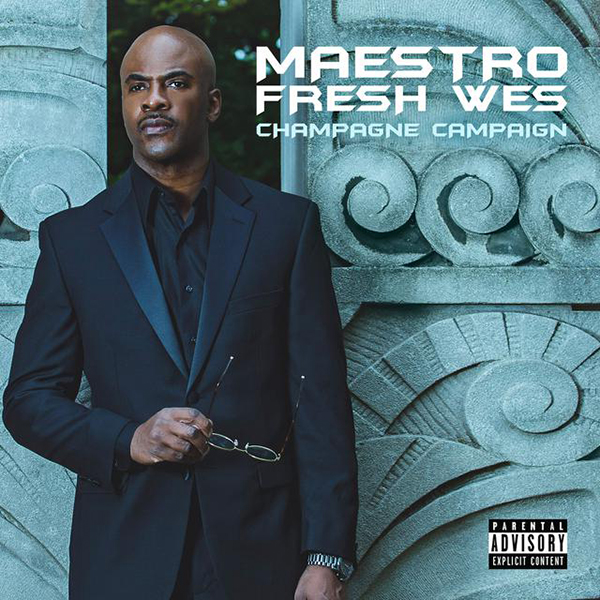 “I’m celebrating the fact that I’ve been doing this (for 30 years) with new music. I’m proud of the new album. Champagne Campaign is boom back, it’s trap, vintage funk, with a splash of reggae, a dose of rock, and an overtone of Toronto. It’s infectious, great songwriting, great collaborations and I’m having fun.”.

Maestro continues to evolve as an artist and doesn’t want to focus too heavily on the past, as he consistently releases new music and is persistently one of the names synonymous with Canadian rap music.

“This is the follow-up (to 2017’s Coach Fresh) with Champagne Campaign, so my vibe is celebrating my 30 years, not by relying on my laurels for what I did 30 years ago but, you know, documenting it, celebrating it to some capacity and showing that we can still evolve and make some damn good music right now in 2019.”.

On the importance of the exposure that Much Music provided in the beginning.

“Much Music, pardon the pun, was very instrumental in me getting out there nationally, because I performed in a show called Electric Circus and Stevie B just happened to be there visiting from the States. He was an artist on LMR Records (LeFrak-Moelis Records) and he really liked what I was about and he put us under LMR Records and the rest is history. So, if it wasn’t for him being there and for me being ready at the right time, and making that connection, things wouldn’t have come into fruition the way they did. Much Music means a lot to me every time I drive downtown on Queen Street and see the building. Obviously times have changed, but the building means a lot to me still.”.

When Maestro toured, he realized how much he had touched Canadian hip-hop fans by the reception that he received, particularly in Vancouver. It also gave him a chance to see the hip-hop scenes across the country.

“When I came to Vancouver I was shocked to see the type of love Vancouver was giving, we had no point of reference. To see the Ragga Muffin Rascals (later known as Rascalz) to come out with the Funky Migraine, I’m like yo’ this place is dope, and I went back to Toronto telling people “Yo’, look at Vancouver” and you know, obviously Ottawa, then Montreal of course, Montreal is a serious city when it comes to hip-hop nationally, as well as Halifax. During the process we get to learn about Vancouver, we get to learn about Alberta, you known what I’m saying, and we get to learn about different spots throughout the country. Travelling to Vancouver changed my perspective of the country. The love we got, didn’t realize it would be like that. I’m still friends with Red 1 from Rascalz. I just did a cross-Canada tour with Classified in November. Red 1 was there in Vancouver. It’s a blessing to remember when I first came out there in the early 1990’s, we didn’t know about Vancouver. I love Vancouver.”.

February was Black History Month in Canada, but Maestro celebrates his heritage every day and encourages his son to do so, as well.

“I celebrate my history every day, we celebrate all the time. I’ve got a 10-year-old son, we read about our history every day. I’m not going to stop on Friday (end of February). I’m not about that life, trying to compress everything into 28 days. This is something that we do lifelong (celebrating). You learn from the past and use it as your point of reference and you take it to the next level, that’s what it means to me.”.

In 2010, Maestro released his first book, the motivational Stick to Your Vision – How to Get Past the Hurdles & Haters to Get Where You Want to Be. Chuck D from Public Enemy wrote the foreword in the book.

“A lot of people throughout the years told me that I inspired them and kept on telling me “one day you should write a book”. My community let me know that I mean something to them and that’s noteworthy, so that’s what I did. The book was well received, for what it’s worth I received an honorary diploma from the NSCC (Akerley Campus) in Halifax and the book is a part of the curriculum out there, so that’s a blessing. I’ve known Chuck for a while man, so I just asked him while he was lecturing in Vancouver. He was like “Alright, cool, no problem.”. It was beautiful. That’s one of the highlights of my music career, having Chuck D from Public Enemy write the foreword to my book. I really appreciate it.”. 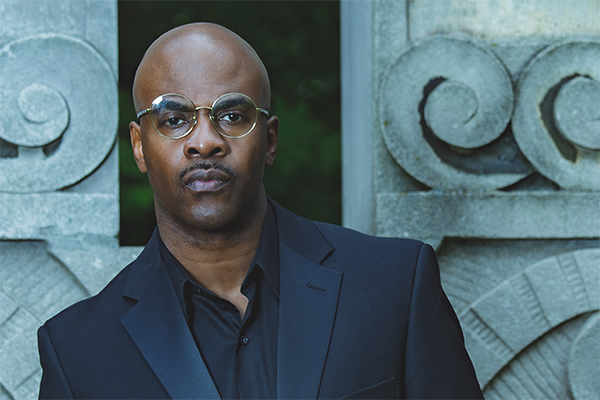 Maestro has been a role model to generations of Canadian rappers since trailblazing in 1989. One of those being Toronto’s hugely successful Drake.

“He’s one of mine (role model) man, too. I give respect to the fact that the first thing that Drake ever told me was “Listen, I’ve got some music coming” and look what he’s done globally. He’s the voice of a generation. To see him do what he’s doing is a blessing and inspiring.”.

Maestro is also an actor, performing in television shows and movies since 2000. Most recently as Paul Dwyer as a regular in the Canadian hit comedy television show Mr. D. The show just finished a run from 2012 to 2019 and Maestro plans on continuing to pursue further acting opportunities.

“Most definitely. Hip hop is the foundation and the catalyst for everything that I do. That’s my engine. When it comes to this being my 30th anniversary, it’s good to show a couple of things. Longevity, perseverance and Canadian heritage. That’s what this is.”.

Aspiring Canadian musicians need not look long for solid advice. Maestro has endured through 30 years in the music industry and continues to love his craft.

“Love what you do, man. Don’t worry about nothin’ else. Love your music, man. Enjoy it. This is your passion. It’s what you’re good at. Have fun with it, that’s number one. When you hear the new album, I enjoyed recording, I enjoyed writing (lets out a laugh of joy) I enjoyed collaborating with the artists. It was fun man, enjoy your craft. Try to be original, man. There’s innovators and there’s assimilators. Just try to be innovative, man, you last longer.”.

Although Maestro’s identity was formed with his career in hip-hop, he doesn’t want to restrict his son’s future by pushing him in a particular direction.

“We don’t listen to that much hip hop, in the house, (except) you know, my stuff (laughs). But I don’t force nothing. I have my own legacy and he’s got his own.”.

Maestro Fresh-Wes is contemplative of his past 30 years, and is proud of what he’s accomplished, with more music and tours to go.

“I’m trying to make my history with my genre of music. When I get interviews 30 years later, I must’ve done something right.”.

John Graham is a Vancouver-area resident who typically spends most days admiring music of all genres. When not listening to music, John is usually at a live show, somewhere in the bowels of Vancouver.
RELATED ARTICLES
featuresmaestro fresh westoronto