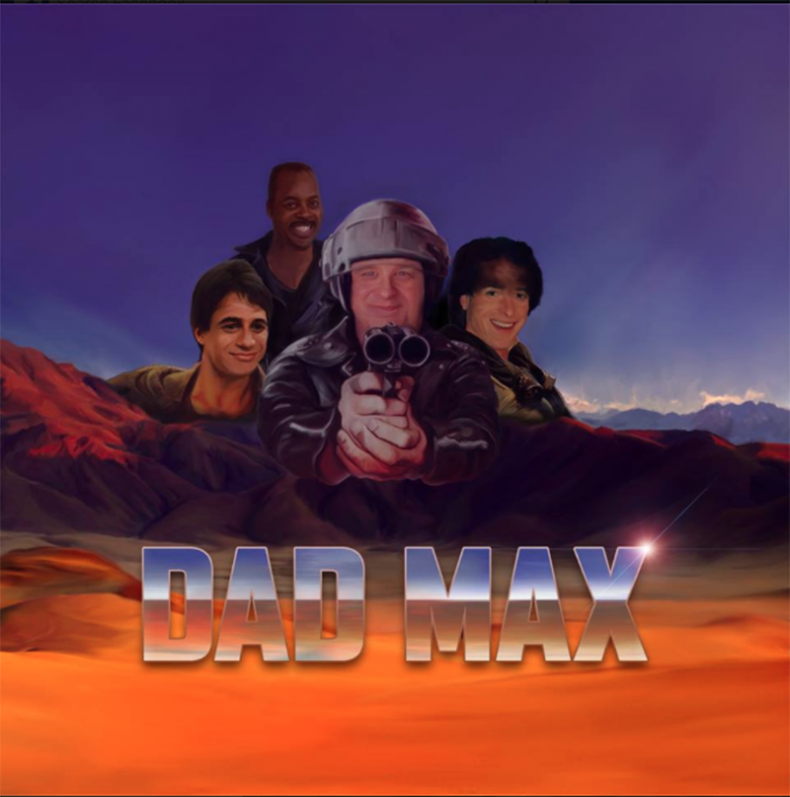 Sometimes the best experiences in life are the result of a happy accident. After several offhand remarks and colorful comments made by a fellow coworker bonded together a gang of nerds working at a music company, Dad Jokes became a reality.

The band’s playful, good­natured vibes blend right into the excitement & enthusiasm they have for the music they make. It’s an upbeat, prog-that-makes-you-party sound with the razor-sharp precision of Fang Island, the pop harmony and propulsive rhythms of And So I Watch You From Afar and explorative prowess of Trans Am.

Their first record, Release My Body (released on Father’s Day 2015), showed the crew of musical cohorts – vocalist/guitarist Chris Tubbs, guitarist Chase Farmer and drummer Ryan Krage – that their party jams weren’t just something they enjoyed on their own. Critics and fans alike responded to their debut album with the same amount of love, support and smiles the band found within their own practice space. 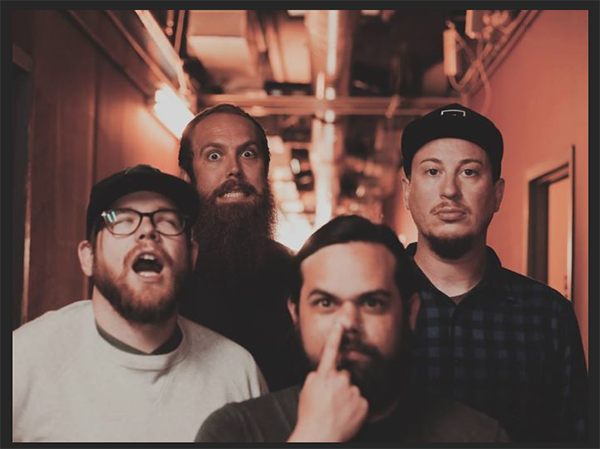 Deciding that the next logical step was obviously to take on the entire world with their music, Dad Jokes entered the newly christened Tiny Telephone Oakland, owned and operated by John Vanderslice in early 2016. They enlisted the help of producer Beau Sorenson (Death Cab For Cutie, Cougar, Bob Mould) who perfectly captured the band’s massive sound.

With their brand ­new Dad Max EP slated for summer release, Dad Jokes is at an all-­time high of creativity & musical mayhem, and ready to share their riotous, uncontainable, infectious grooves and jams with the entire world. It’s the dawn of a completely new­ era in the life of Dad Jokes and it couldn’t be coming at a better time for us all… because maybe you want to have a party on a boat this summer… and need some pon­tunes!

Dad Max will be available to download on August 5th and on LP on November 30th, 2016.

1. Dad Max
2. Dad Max Also: The Weekend Warrior
3. Beyond Punderdome
4. I Will Turn This Car Around

by SPILL NEW MUSIC on April 24, 2019
TINY FIGHTER – TELL ME A Spill Exclusive EP Premiere Friday brings the release of Tell Me, the new EP from Stockholm-based collective Tiny Fighter, a three-track offering that features [...]