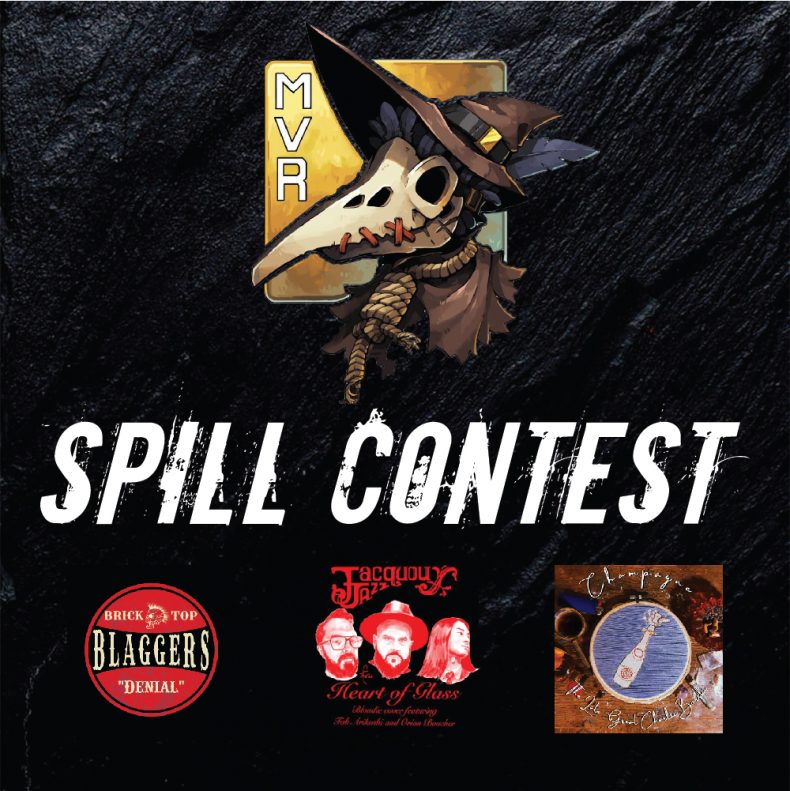 WIN ONE PRIZE PACK CONSISTING OF: 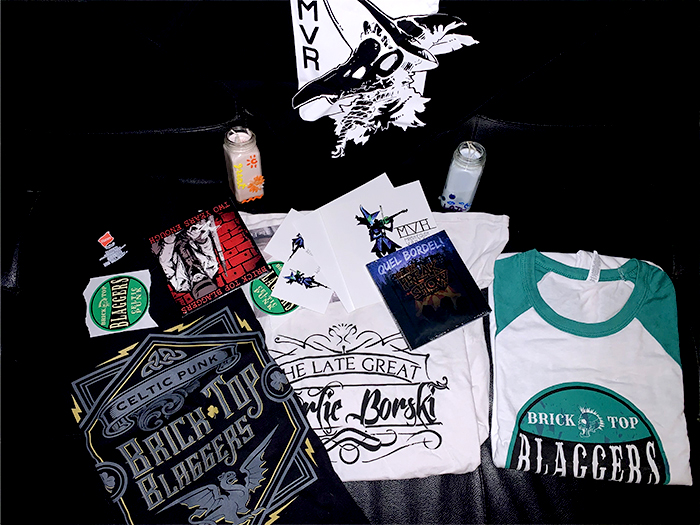 Mannequin Vanity Records (MVR) is an independent record label based in San Diego, CA that specializes in folk/world/punk music. The label was created by Jake Skolnick while he was attending San Diego State University mainly to release records by his pop-punk band at the time. The label officially launched in New York City in December of 2007 when it was legally registered by Jake while he attended NYU for graduate school in music business. Since then the label has returned to San Diego, California and dedicated itself to developing talent in the world/folk/punk genres. Currently MVR boasts a diverse roster of internationally touring talent and has released over 50+ commercial releases.

The label is stoked to have three videos dropping this month and 3 video premieres happening with The Spill Magazine!

Orange County based Celtic punk band Brick Top Blaggers‘ music video for “Denial” will exclusively premiere on The Spill Magazine 3/11! Having signed to MVR at the beginning of the pandemic, recording has been slow going for the Brick Top Blaggers. But health and safety have allowed the band to finish their debut single “Denial.” This gritty song sounds like Bad Religion with Celtic instruments — and is a wonderful tale of drinking & denial. Mixed & Mastered by TJ Rivera (Rancid, The Interrupters, Mighty Mighty Bosstones) it is a high energy rockin’ tune that still delivers the Celtic punk vibes fans have grown to love while also pushing the melodic boundaries of the band’s former releases.

Los Angeles based theatrical folk band The Late Great Charlie Borski is releasing a lyric video for “Champagne” which will premiere exclusively with The Spill Magazine 3/25! Self-described as “Theatrical Folk Pop” The Late Great Charlie Borski combines the drama and intensity of musical theatre with the down-to-earth goodness of folk music. Two lead vocals, coupled with harmonies and a slew of talented musicians, this band delivers a powerful musical punch. Their new single “Champagne” is their second release on Mannequin Vanity Records and another teaser of their upcoming full length.

SPILL NEWS strives to keep our readers up to date with news and events in the music industry. We keep you informed of the most recent information regarding new releases, tour dates, and information items about your favourite artists.
RELATED ARTICLES
brick top blaggerschampagnecontest