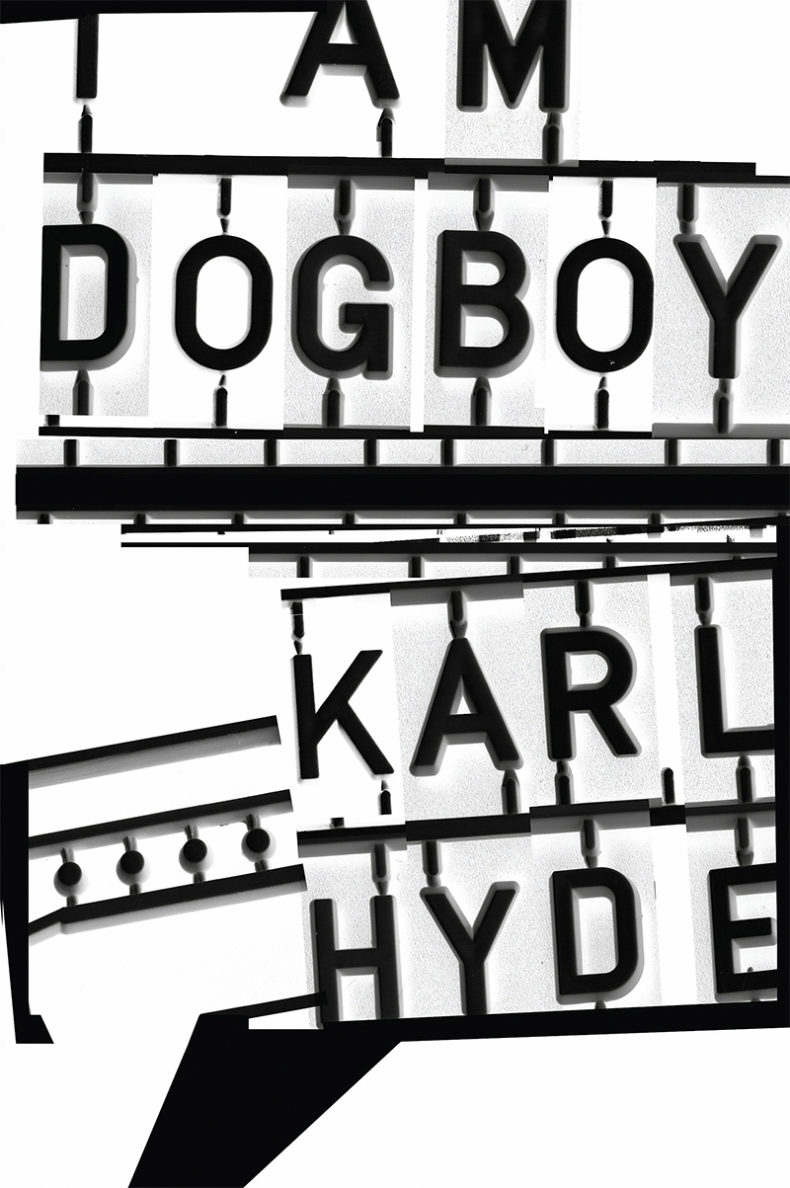 Karl Hyde – I Am Dogboy

This book is not an autobiography. Karl Hyde would never do anything that straightforward. Karl Hyde is the genius behind Freur, Underworld, and his own solo career (which includes two albums with Brian Eno). No one could ever accuse of Karl Hyde of playing by the rules. Fans will remember that when his band Freur debuted, their name was nowhere to be found on the sleeve or the record label. Instead, there was a squiggle for the band’s name. Conventional: not Karl Hyde.

This book is a collection of memories, and it pieces together to tell Hyde’s story, from childhood to first bands to eventual success. But it is not, strictly speaking, an autobiography. On January 1st, 2000, Hyde began an online diary that he updated regularly. The diary still exists to this day. This was and is more than a diary. It included poetry, ‘found photos’, reminisces, everything. It was a treasure trove for fans and, from what I have read, a chance for Hyde to exorcise some ghosts.

Hyde has organized these entries into a coherent story of his life, each page titled and offering something into the insight of Karl Hyde. This includes his listing of the music he was listening to at the time and the impact said music had on him, both personally and professionally. 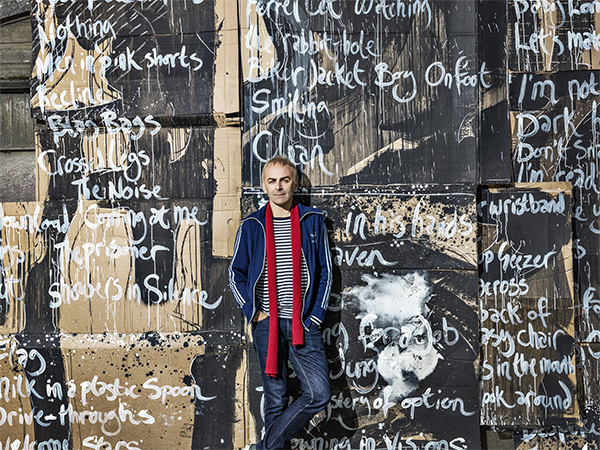 All of these components make for an interesting, entertaining, sentimental read. Karl Hyde writes brilliantly. Fans of his music will be familiar with his ability to turn a phrase. His lyrics from his earliest work up to 2016’s Barbara, Barbara We Face a Shining Future (one of the greatest album titles of all time, in my opinion) have demonstrated that he can use words like artists use paint. That is how the book reads. Every page turns into an art piece and sometimes that art makes you laugh or chokes you up.

The photography (it seems that Mr. Hyde has a camera with him at all times) is remarkable and several of the photos had me wishing I could purchase a bigger copy to hang in my house. His use of available light, composition, even angles reveals much about the subject and the photographer.

We learn a great deal as we read. We discover life in rural England in the 1960s, the education system at the time, and the harsh economic reality of post-war England. We also learn that Mr. Hyde is a Beatles fan. Throughout the book, he connect all the dots. The time spent with this book is never wasted time.

I have read a lot of biographies and autobiographies. This is perhaps the most unique book I have read (it is not dissimilar to Eno’s own book, Year With Swollen Appendices, also a diary).  The difference is Hyde has taken great care to curate his entries into a very readable, coherent, and touching book. Hyde can say more in one sentence than many writers say in a book.

Karl Hyde is much more than Underworld, or “Born Slippy”; he is a filmmaker, photographer, author, and musician; in other words, an artist. This book is a work of art and well worth the investment.

Karl Hyde first came to the attention of the world through the band, Freur, who produced two very influential and well respected albums.  Freur morphed into Underworld who gained international fame with their music in the film Trainspotting, and their international hit “Born Slippy”.  Since then, Hyde has released two solo albums, two albums with Brian Eno and worked on a film.

Purchase I Am Dogboy Via

Born and raised in Whitby, Aaron discovered music through his love of The Beatles. This led to a career in radio, writing for various publications, and ultimately a radio show about The Beatles (Beatles Universe), which ran for over four years. When not immersed in music, Aaron enjoys spending time with the loves of his life -- his wife Andrea, and daughters Emily and Linda (all of whom have an intense love of music too).
RELATED ARTICLES
bookskarl hydeunderworld