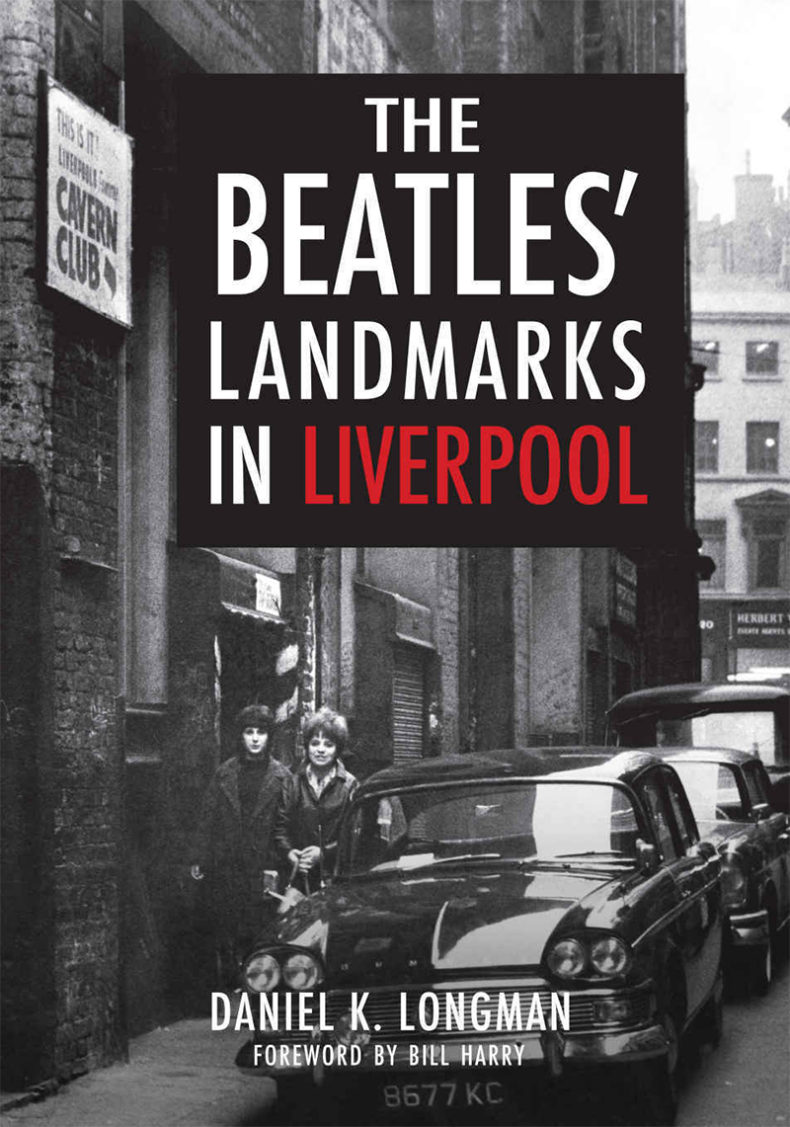 The book was issued in the U.K. in July, in time for the 50th Anniversary of Sgt. Pepper’s Lonely Hearts Club Band, but is being issued in North America on October 1, 2017. And it is well worth adding to your Beatle book collection. Longman knows Liverpool, knows the history and knows the significance of spots in the city that are relevant to Beatles’ fans. This is beyond The Cavern and their childhood homes. He also knows about The Beatles.

He has also, quite wisely, had Bill Harry write the introduction. Beatle fans will know Bill Harry, who was one of the first to write about The Beatles in his self published magazine Mersey Beat.

Harry is an expert on all things Beatles and all things Liverpool. His endorsement speaks volumes but also his style of writing and his insights are always worth reading, no matter the length.

There is a lot to learn in this book, such as Ye Cracke on Rice Street, where a young John Lennon used to enjoy a pint or two, and it is still there. Longman goes to the places, takes current pictures which he juxtaposes with the original photos of the same place. Maybe some of changed but they still exist.

Longman goes into the history of the places and their part of Liverpool. And by extension how Liverpool impacted and influenced The Beatles. But when all’s said and done, The Beatles put Liverpool on the map and their popularity brings thousands of tourists to the city every year. It is in their best interest to maintain some of these historical Beetle spots.

This is not the first book to look at Liverpool or Beatle historical landmarks. Other books have focused on Hamburg, Germany, or London, but here it focuses on Liverpool and all areas. Some are well known but it is the lesser known spots that are of interest to me. With the use of old and new photographs, he tells the story and adds a little to The Beatles lore.

While not a book that will be read cover to cover, The Beatles’ Landmarks in Liverpool is an excellent resource. Much like a discography or bibliography, Longman gives the reader a virtual tour of Liverpool and significant areas for The Beatles.

Purchase The Beatles’ Landmarks In Liverpool Via

Born and raised in Whitby, Aaron discovered music through his love of The Beatles. This led to a career in radio, writing for various publications, and ultimately a radio show about The Beatles (Beatles Universe), which ran for over four years. When not immersed in music, Aaron enjoys spending time with the loves of his life -- his wife Andrea, and daughters Emily and Linda (all of whom have an intense love of music too).
RELATED ARTICLES
booksthe beatles