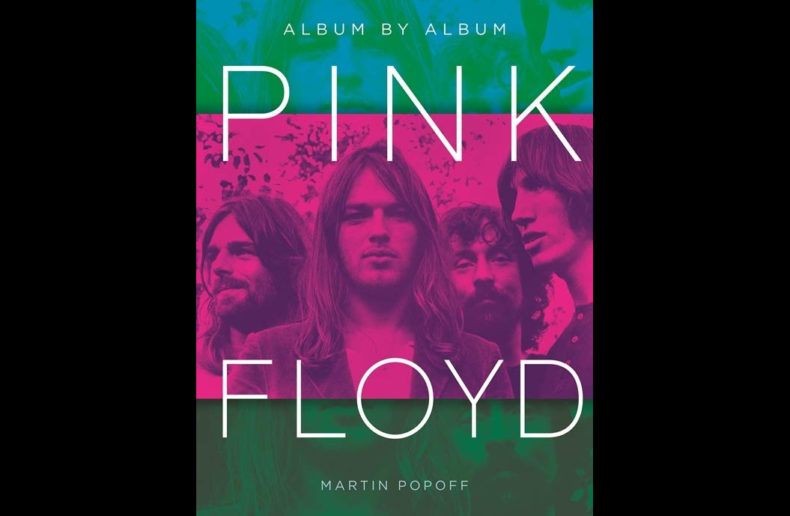 For his latest release in what is truly an expansive collection of music driven literature, Martin Popoff has turned his attention to the continuously innovative work of Pink Floyd. Much like his other Album By Album books – ranging from books that examine the recordings of Led Zeppelin to Iron Maiden, all released within the last two years, among others – Pink Floyd: Album By Album is a small coffee table book that puts the band’s music under a microscope and is examined through a discussion format between Popoff and a panel of other figures. In the case of  Pink Floyd: Album By Album, the cast is made up of musicians – including Genisis guitarist Steve Hackett and Dream Theater keyboardist Jordan Rudess – as well as a wide range of media figures including journalists, radio hosts among others as they go through their own personal reactions – as well as that of the greater community and fan base – while discussing and sometimes debating elements of the music and how it plays into that larger influence and legacy of Pink Floyd.

Pink Floyd: Album By Album is a book that does not question the legendary status of Pink Floyd; such a matter is redundant at this point, the band has cultivated a massive international audience over the last half a century and has influenced pop culture in a number of ways. Popoff isn’t concerned with this, rather he focuses on how the band managed to do just that, one album at a time. Starting with their impressive debut, Piper At The Gates Of Dawn, and capping off with 2014’s The Endless River – an album that is very much considered to be the band’s finale considering the passing of founding keyboard player Richard Wright in 2008 and the little inclination for a reunion for the surviving three members.

The book naturally spends much time pouring over the band’s classic works – Dark Side Of The Moon, Wish You Were Here, Animals, and The Wall, but examines each other record, including their soundtracks for More and Obscured By Clouds, with just as much meticulous detail. All the while accompanied by an extensive collection of visuals, ranging from concert and promo photos, posters, ticket stubs, and rare artwork, Popoff and his cast of experts celebrate the legacy of Floyd while also critiquing elements which they thought could have been better. Ultimately, this creates a refreshing and insightful point of view that better illustrates the greater effect that Pink Floyd had on music and culture.

Pink Floyd: Album By Album is a book that is an exciting dive into one of history’s most renowned, experimental, and innovative bands. The book is a must read that offers much for even some of the biggest fans while also remaining both entertaining and informative for casual listeners that will get you digging for your through a truly incredible and deservingly classic discography.

A passion for music has always been a part of Gerrod’s life. As a young boy, he was raised on a steady diet of the music from The Chili Peppers, Aerosmith, The Stones, Prince, and others from his mum. Raised in the GTA, Gerrod continued to foster his love for music by attending a wide range of concerts and learning the drums. His unapologetic passion for music has no bounds and has spread to a wide variety of styles, whether it be the 90’s rock that sound tracked his teenage years, the jazz he studied in university, or his newfound love for hip-hop. He recently received his bachelors in music and education from York University and is passionate about writing and reviewing good (and less than good) music. Gerrod is also the drummer and songwriter for a Toronto based rock & roll band, One In The Chamber.
RELATED ARTICLES
booksechoesmartin popoff