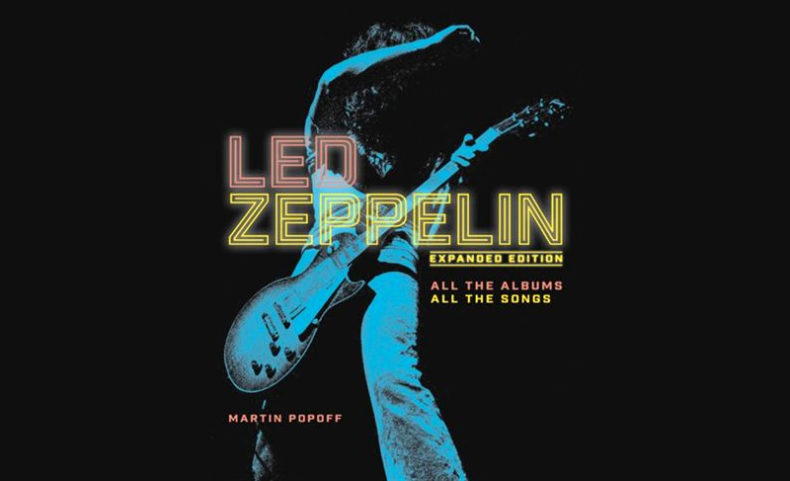 Martin Popoff – Led Zeppelin: All The Albums, All The Songs – Expanded Edition

As we approach the fiftieth anniversary of Led Zeppelin’s debut, music journalist and author extraordinaire Martin Popoff has decided to revisit his 2017 analysis of the band’s entire catalogue of music. As a result, Led Zeppelin: All The Albums, All The Songs – Expanded Edition not only details general facts, theories, anecdotes, and Popoff’s own thoughts on each song from Zeppelin’s nine studio albums, but also includes sixteen more essential rarities that Popoff breaks down.

While the purpose of rereleasing the book was for Popoff to indulge in some of Zeppelin’s greatest buried treasures, it must be noted that a majority of the book follows the course of Zeppelin’s career through their work in an excellent manner. Whereas the book pays such close attention to every Led Zeppelin song, this is obviously a book targeted towards big fans of the band. For this reason, Popoff shies away from writing a biography, only providing crucial information when the need arises. Rather, Led Zeppelin: All The Albums, All The Songs – Expanded Edition is an eye opening look at rock ‘n’ roll’s greatest band through their biggest hits and each and every deep cut. Combining a collection of stories from the studio and interviews along with the public reception to their work, Popoff paints a clear picture of not only Zeppelin’s mighty trajectory, but also their greater impact on popular music throughout the course of the ‘70s and beyond. 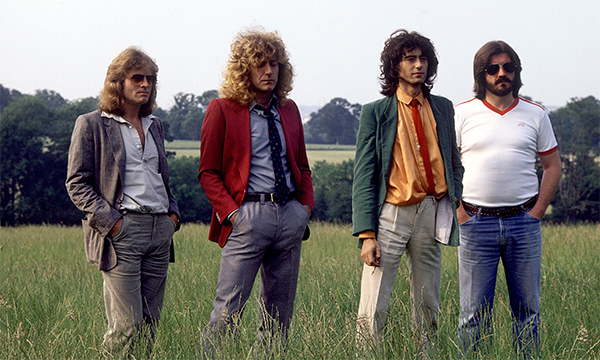 Just like the rest of Led Zeppelin: All The Albums, All The Songs – Expanded Edition, Popoff goes over sixteen newly included rarities. The inclusion of such songs – “Sugar Mama”, “Sunshine Woman”, “Hey, Hey, What Can I Do”, and “Swan Song” among others – furthers Popoff’s underlying narrative that examines Zeppelin’s greater effect in and out of the studio. It is through such an extensive analysis that even the greatest of Zeppelin fans can gain a new depth to their appreciation and admiration for the band.

While it may feel a touch soon for a rerelease – given the original book’s 2017 release – Led Zeppelin: All The Albums, All The Songs – Expanded Edition is an exceptional book for all range of Zeppelin fans. Through Popoff’s narrative and his carefully curated collection of images, his focus on the music of Led Zeppelin makes for a stellar read. Most importantly, however, it is a book that is guaranteed to be listening to the band’s essential collection of work. As you follow along through the book with the music, you may even hear something that you’ve missed all this time.

Purchase Led Zeppelin: All The Albums, All The Songs – Expanded Edition Via

A passion for music has always been a part of Gerrod’s life. As a young boy, he was raised on a steady diet of the music from The Chili Peppers, Aerosmith, The Stones, Prince, and others from his mum. Raised in the GTA, Gerrod continued to foster his love for music by attending a wide range of concerts and learning the drums. His unapologetic passion for music has no bounds and has spread to a wide variety of styles, whether it be the 90’s rock that sound tracked his teenage years, the jazz he studied in university, or his newfound love for hip-hop. He recently received his bachelors in music and education from York University and is passionate about writing and reviewing good (and less than good) music. Gerrod is also the drummer and songwriter for a Toronto based rock & roll band, One In The Chamber.
RELATED ARTICLES
booksjimmy pagejohn bonham