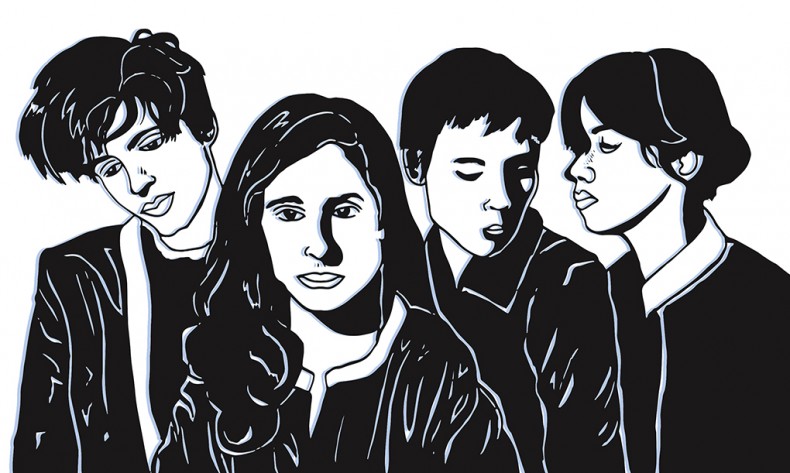 After some celebrated live performances, they released the double A side Savages in May 2012, followed by the live EP I Am Here in October. They released the first album Silence Yourself on May 6th, 2013 through Matador Records.

“The Answer” promo video, was released on October 2015. It was announced that the 10-track second album, Adore Life, would be released on January 22, 2016.

Press release on the new album:

Daniel is an illustrator/graphic designer based out of Austin Texas. He graduated from Pratt Institute with a Bachelors degree in Illustration and an Associates degree in Graphic Design. Daniel started his career in graphic design in the world of online casinos. Since then he’s worked with various clients from around the United States and Canada including but not limited to NHL, Subway, Paraco Propane, Pitney Bowes, Xerox, Conduent, Nestle Waters, The Spill Magazine, Stamford CT’s DSSD, Beechnut Baby Foods, Elizabeth Arden and much more.
RELATED ARTICLES
daniel adamsportraitssavages