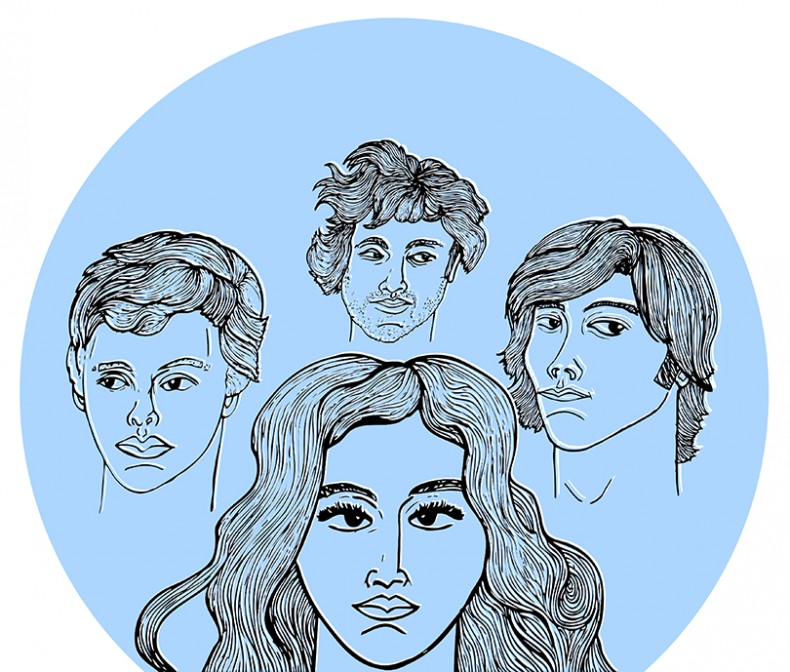 Combining indie rock with chamber pop flourishes (courtesy of a small string section), Ra Ra Riot formed while the band’s six members were attending college in Syracuse, New York. Milo Bonacci (guitar), Alexandra Lawn (cello), Wesley Miles (keyboard/vocals), John Pike (drums), Mathieu Santos (bass), and Rebecca Zeller (violin) first came together in January 2006, creating an eclectic sound that allowed them to play alongside the Horrors, Bow Wow Wow, and Someone Still Loves You Boris Yeltsin within a year of the band’s formation. After pulling up stakes and relocating to New York City, the band recorded a self-titled EP and prepared to release it during the summer of 2007. That June, however, Pike died after disappearing one night from a party in Fairhaven, Rhode Island. His body was later found in nearby Buzzard’s Bay. Several weeks later, the mourning bandmates issued a statement confirming their continuation as a band.

Ra Ra Riot joined the roster at V2 Records later that year before switching their American operations to Barsuk Records, who signed them in May 2008 and released their debut album, The Rhumb Line, in August. Reviews were positive, and Ra Ra Riot spent the better part of a year on the road, where they toured with bands like Death Cab for Cutie and headlined their own performances as well.

During a lull in their schedule, the musicians decamped to a peach orchard in upstate New York, where they spent several weeks writing songs and recording demos. Those songs eventually made their way onto The Orchard, Ra Ra Riot’s second album, which appeared in August 2010.

In 2012, Lawn announced she had left the band. The band did not replace her and in 2013 delivered their third studio album, Beta Love. Influenced by sci-fi author William Gibson, as well as the work of writer/inventor Ray Kurzweil, the album found the band moving in a more synth pop-oriented direction.

In February of 2016, Ra Ra Riot returned with their fourth album, Need Your Light, featuring production from former Vampire Weekend guitarist Rostam Batmanglij. Included on the album were the singles “Water” and “Absolutely.”

(Biography courtesy of All Music)

Daniel is an illustrator/graphic designer based out of Austin Texas. He graduated from Pratt Institute with a Bachelors degree in Illustration and an Associates degree in Graphic Design. Daniel started his career in graphic design in the world of online casinos. Since then he’s worked with various clients from around the United States and Canada including but not limited to NHL, Subway, Paraco Propane, Pitney Bowes, Xerox, Conduent, Nestle Waters, The Spill Magazine, Stamford CT’s DSSD, Beechnut Baby Foods, Elizabeth Arden and much more.
RELATED ARTICLES
daniel adamsportraitsra ra riot