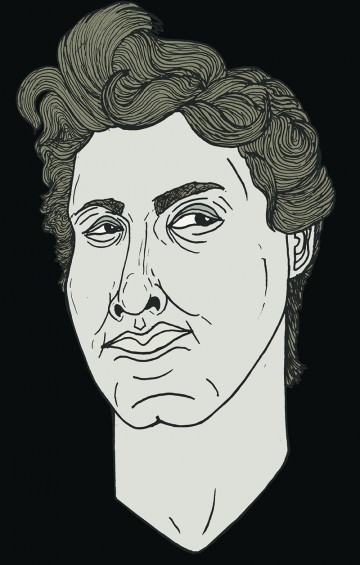 Portland, Oregon-based singer/songwriter M. Ward (born Matthew Stephen Ward) grew up listening to gospel and country, two genres that figure prominently in his breezy, West Coast take on Americana. After a six-year stint with the folk-rock trio Rodriguez, Ward began sketching out songs deeply rooted in the classic traditions of American country-folk. Ward’s first solo effort came in the form of Duet for Guitars #2, which was written and recorded while he was living between Chicago and various locales on the West Coast. Eventually, the album was placed in the hands of the ever enigmatic Giant Sand mastermind Howe Gelb, who released it on his own Ow Om Recordings in the fall of 2000. The record enjoyed favorable reviews and a considerable amount of attention in underground rock circles, and Ward supported it with a handful tours throughout the United States and Europe.

Released in 2001, End of Amnesia helped to further develop Ward’s penchant for dusty, timeless narratives and bluesy, back-porch ballads, but it wasn’t until 2003’s Transfiguration of Vincent that Ward would begin to penetrate the mainstream. His first release for indie darling Merge Records, Vincent cashed in on the Great Depression obsession of the post-O Brother, Where Art Thou? gold rush, paving the way for 2005’s Transistor Radio and 2006’s Post-War, both of which firmly established Ward as a major player in the burgeoning indie folk/adult alternative rock scene. In 2008, after collaborating on a song for the film The Go-Getter with actress Zooey Deschanel, the unlikely duo released a well-received album of covers and Deschanel originals called Volume One under the moniker She & Him. Ward returned to the studio later that year to begin work on his next full-length offering; 2009’s Hold Time, which featured guest vocals from Deschanel, Jason Lytle (Grandaddy), and Lucinda Williams, arrived in early 2009. 2010 and 2011 saw the release of two more She & Him outings (Volume 2 and A Very She & Him Christmas), followed in 2012 by his seventh proper solo outing, A Wasteland Companion, which was recorded in eight different studios and featured contributions from 18n different musicians including Howe Gelb, Bright Eyes’ Mike Mogis, Sonic Youth’s Steve Shelley, Devotchka’s Tom Hagerman, and Deschanel. The album peaked at 21 in the US, his highest position on Billboard’s Top 200 yet.

Following A Wasteland Companion, Ward returned to She & Him, who released Volume Three in May of 2013 and the covers album Classics in December 2014; in between these records, he also played on Neko Case’s 2013 album The Worse Things Get, The Harder I Fight, The Harder I Fight, The More I Love You. Ward resumed his solo career in 2016, releasing More Rain that March.

Daniel is an illustrator/graphic designer based out of Austin Texas. He graduated from Pratt Institute with a Bachelors degree in Illustration and an Associates degree in Graphic Design. Daniel started his career in graphic design in the world of online casinos. Since then he’s worked with various clients from around the United States and Canada including but not limited to NHL, Subway, Paraco Propane, Pitney Bowes, Xerox, Conduent, Nestle Waters, The Spill Magazine, Stamford CT’s DSSD, Beechnut Baby Foods, Elizabeth Arden and much more.
RELATED ARTICLES
daniel adamsm wardportraits