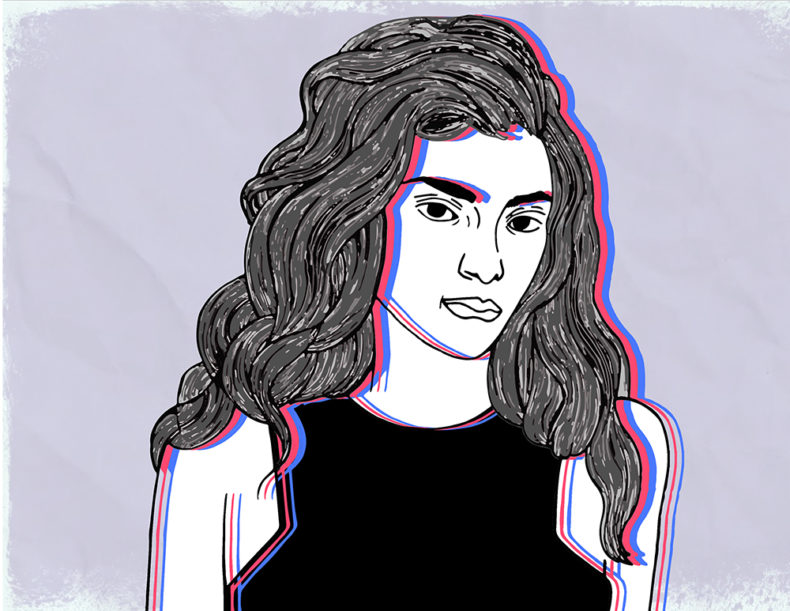 Emerging as a fully formed enigma from her native New Zealand, Lorde tapped into an untouched well of alienation, becoming the poster child for a generation who found refuge from the eternal excess of the 2010s by submerging themselves in moody art. “Royals,” the hit single that made her an international phenomenon, became a genuine sensation, topping the charts in country after country and being covered by elder statesmen like Bruce Springsteen and Jack White, a move that functioned a bit as a benediction. Lorde didn’t need their blessing, though. The singer/songwriter struck a chord, functioning as the dark corollary to the bright, happy pop of Taylor Swift and Katy Perry and thereby becoming an icon for teenagers who felt older than their years.

Born Ella Yelich-O’Connor on November 7, 1996 in Takapuna, New Zealand, Lorde delved into art at an early age. By the time she was entering adolescence, she started performing as a duo with her friend Louis McDonald, winning a talent contest at Belmont Intermediate School in May 2009. Soon, the pair were featured on the Radio New Zealand’s Afternoons show hosted by Jim Mora and, on the strength of this performance and a tape McDonald’s father sent to Universal, the record label signed a development deal for Lorde. Throughout 2010, she continued to attend school and perform with McDonald, but 2011 is when things started to turn a little more serious. Universal teamed the singer with vocal coach Frances Dickinson and started to write originals, often with the assistance of other songwriters, but nothing clicked until her A&R head Scott MacLachlan introduced her to Joel Little. The former lead singer of Goodnight Nurse, Little proved a good collaborator for the fledgling singer/songwriter and the pair recorded the Love Club EP, which appeared on SoundCloud in November 2012.

The Love Club EP swiftly earned an audience, so Universal released it commercially in March 2013; it peaked at two on the New Zealand and Australia charts. The reason for its immediate success was “Royals,” which was spun off as a single in the summer of 2013 and soon swept across the globe, where it topped the charts in the U.S., the U.K., Canada, and Italy, and reached the Top Ten in most other Western countries. Her full-length debut, Pure Heroine, followed in September 2013 and it also became an international smash, earning triple-platinum certification in the U.S., quintuple platinum certification in New Zealand, and going gold in the U.K. Further singles followed — “Tennis Court” and “Team,” the latter of which turned into a Top Ten hit in the U.S. — and Lorde worked Pure Heroine into 2014, touring and headlining many festivals around the world. “Yellow Flicker Beat,” a song from the soundtrack of The Hunger Games: Mockingjay, Pt. 1, followed in September of 2014. Lorde next turned her attention to writing and recording for her second album, which took nearly two years to materialize. Once she began collaborating with Jack Antonoff of Fun. and Bleachers in 2016, the album took shape. “Green Light,” the first single from her sophomore set, appeared in March 2017, with the full-length Melodrama following in June.

Daniel is an illustrator/graphic designer based out of Austin Texas. He graduated from Pratt Institute with a Bachelors degree in Illustration and an Associates degree in Graphic Design. Daniel started his career in graphic design in the world of online casinos. Since then he’s worked with various clients from around the United States and Canada including but not limited to NHL, Subway, Paraco Propane, Pitney Bowes, Xerox, Conduent, Nestle Waters, The Spill Magazine, Stamford CT’s DSSD, Beechnut Baby Foods, Elizabeth Arden and much more.
RELATED ARTICLES
daniel adamslordeportraits