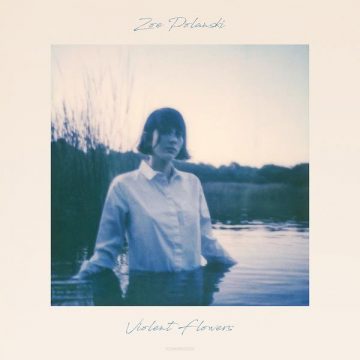 Can you express inner and outer turmoil through some gentle dream pop? If you think not, think again and take a listen to Violent Flowers, the new album by Israeli singer/songwriter Zoe Polanski.

The idea is best expressed through any of the excellent songs on the album, but particularly “The Willows,” which Polanski wrote after having toured the US for several months with a fellow musician, whom his relationship with ended badly. He then found himself in a room in the war-torn Gaza strip.

Polanski puts all these feelings and sensations into a quiet, almost serene setting, but you still sense that personal and general turmoil bubbling under the surface. Quite an extraordinary capability, and Polanski comes through the experience practically unscathed.

The same goes for any other of the nine tunes on Violent Flowers, Polanski and her producer Aviad Zinemanas garner the songs here only with musical elements that are needed for each and every song – no excesses or over-production, just letting Polanski’s vocals carry them and what she has to say both musically and lyrically. It can all go under the label of ‘quiet excellence’.