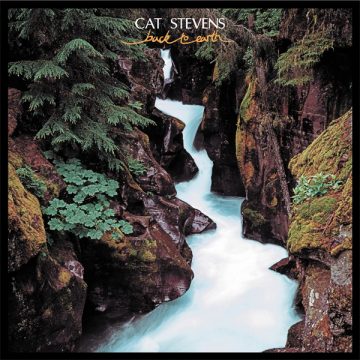 Although it is not his biggest seller, Back To Earth may be Cat Stevens’ most important and personal album of his career. Stevens, also known as Yusuf, had decided to put his music career on hold so he could follow his religious journey into enlightenment. Back To Earth, originally released in 1978, was his attempt at an explanation to fans as to why he was moving on from the pop music world.

Although it did not chart in the U.K. and peaked at only 33 on the Billboard chart, Stevens has made the decision to rerelease the album, as both a single remastered disc, and a five-CD set to be released in February 2020. The remaster does make a difference, as the original release was very dense, whereas this version provides the necessary space between and within the songs.

Many of the songs can be interpreted as love songs to a person or a deity. The opening track, “Just Another Night”, could be understood in either sense, but given his move and devotion to Islam that followed the release of this album, the meaning becomes somewhat clearer.

“I remember standing here
Right on this very same site.
I was dying but for you
It was just another night.”

Stevens was not as adventurous musically as he was with the lyrics on Back To Earth.  He had utilized his usual musicians, and the result has more of an easy rock feel, which is not necessarily a bad thing. The melodies are solid, and the instrumentation is high calibre, especially Stevens’ steel guitar and synthesizer. There is nothing amiss here, but it is just not exciting. It simply does not live up to his classic albums such as Mona Bone Jakon or Tea For The Tillerman.

Overall, a worthy rerelease, but I will wait for the box set in February. For casual fans, this remastered album will be just what you need. It is a chance to rediscover – or even discover for the first time – a lost album that deserved a better fate than it received at the time of its release.