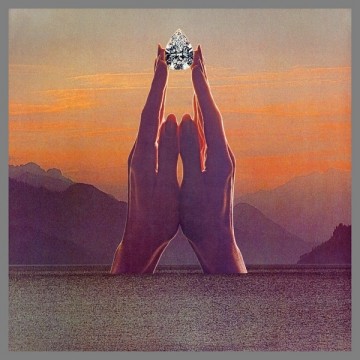 Once again brandishing their energetic brand of indie rock, Yukon Blonde take a head-first dive into a synth-infested ocean on their follow up to 2012’s Tiger Talk. On Blonde has all the glitz and energy of your typical Yukon Blonde effort, powered by occasional handclaps and demanding bass lines. The difference this time is that darker, electronic mumblings haunt some of these pop melodies. Whether this suppresses the record’s potential or not is difficult to say.

When opener, “Confused”, ignites a hum similar to that of an 80s workout video, Blonde shows they’re wasting no time explaining their metamorphosis. It goes on like this for the entire first half of the record, where lead singles and undoubted standout tracks “Como” and “Saturday Night” only serve to uplift the groove. The latter of the two is likely the most important Canadian effort to hit alternative radio this year. With its undying energy, “Saturday Night”, is the record’s centerpiece in establishing an evolution of sound, which has only helped Yukon Blonde become more visible among the many Canadian artists attempting to close in on mainstream airwaves. Without compromising their identity, the band plays on and on over much more complex sounds than in their previous efforts. They stay true to themselves mostly through their lyrical content, even mocking Rihanna at one point on “Favourite People”, saying she “sings of diamonds and how brightly they shine, all I see is pressurized carbon that knows the stress of time”. And it’s perfect, since Yukon Blonde is attaining more success with On Blonde despite their clear differences of opinion with the popular poster children of misdirected, synth-heavy Top 40 pop music.

Where the record fails to achieve much is on some of its second half. Tracks like “Hannah” and “Starvation” play in different lights, but don’t reach far enough into their differences to really contribute much to the overall picture. Attempts to sound darker are only squandered by Yukon Blonde’s necessary playfulness, a piece of their identity that needs more molding before attempting a harder hit.
Standing at ten tracks, On Blonde, is a short record indeed. This emphasizes each not-so-great track, making them seem a larger problem than need be. Regardless, the big successes cast a shadow over their lowly counterparts, and provide the record with the fortitude it needs to earn the title: ‘solid’. Where they go next is entirely up to them, but “Saturday Night” and the rest of On Blonde are indications that Yukon Blonde have more tricks up their sleeve than one would initially have guessed.

Robert Defina is an avid critic both on paper and in person. He spends more time writing album reviews than he does worrying about his future. He hopes that this sort of procrastination never grows old.
RELATED ARTICLES
album reviewsdine alone recordson blonde
7.0