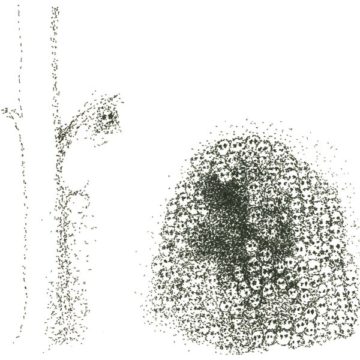 Yoko Ono’s debut solo album Yoko Ono/Plastic Ono Band was released in November 1970, and since then she has astounded and sometimes confused rock audiences with her own style of music. Let me stress, it has always been her own, distinct style. Others have copied and borrowed from her —  B-52s, Lene Lovich, Sonic Youth, to name just three. Warzone is her 13th solo album, including her eight albums with John Lennon, as well as two albums of collaborations, Yes I’m A Witch and Yes I’m A Witch, Too, and is perhaps her most ambitious to date.

Ono has decided to revisit and rerecord 12 songs from her previous albums, as well as her own version of “Imagine”, a song for which she now, quite rightly, receives a co-writing credit. Reworking a back catalogue is a brave thing to do, given that the originals stand up today and sound as good as ever, and given the musicians with whom she  was working at the time, new versions may not live up to the original. But then, Ono has never gone the easy route, why should she? She has the talent to pull it off, and with Warzone, she has created a new masterpiece.

Working with Thomas Bartlett (Sufjan Stevens, St. Vincent, Angelo De Augustine), Ono has stripped down the songs to bare bones. Bartlett (also known as Doveman) has worked with Ono in the past (2013’s Take Me To The Land Of Hell) so he knows how to produce and collaborate with Ono. He also understands the music. Listen to “It’s Gonna Rain”, originally from 1985’s Starpeace. Yoko’s voice has matured and when she sings “Like the heaven packed out/And the sky fell out/It’s gonna rain” against Bartlett’s stark piano, the effect is moving and unsettling. Ono sings with a combination of sadness and anger in her voice, which leaves a mark on the listener’s soul.

Perhaps the strongest song on the album is “Why”, originally from Yoko Ono/Plastic Ono Band. Gone is Lennon’s guitar and Starr’s drumming, and instead tracks of animals sounds and silence form the backing vocals, while Yoko asks the question “Why” throughout. It is as startling here as it was 48 years ago when it was first released, but it is very different from the 1970 version. It demonstrates how she is able to translate these songs from another time to present. It is a brilliant example of Ono not trying to recreate the songs, but rather create a whole new sound, as if the original never existed. Few artists can successfully achieve this goal.

Warzone is a concept album. It opens with the title track, “Warzone”, originally released on 1995’s Rising, with excellent use of audio clips of war and animals. Later a gun actually is used for a rhythm of sorts. Ono and Bartlett set these sounds against his thudding piano and her vocals, and the end result is a breathtaking. From there, Ono struggles with humanity to women and children’s rights and all points in between. She ends the album on a hopeful note with her version of “Imagine”.

Ono is 85-years-old, and she is producing some of the most dangerous and unique music today. Warzone is an inventive, exciting, and thought provoking album. Ono has long been crusading for peace, here she is putting such a crusade into a context. It is pure art and brilliant art at that.

Born and raised in Whitby, Aaron discovered music through his love of The Beatles. This led to a career in radio, writing for various publications, and ultimately a radio show about The Beatles (Beatles Universe), which ran for over four years. When not immersed in music, Aaron enjoys spending time with the loves of his life -- his wife Andrea, and daughters Emily and Linda (all of whom have an intense love of music too).
RELATED ARTICLES
album reviewalbum reviewsalternative
9.0