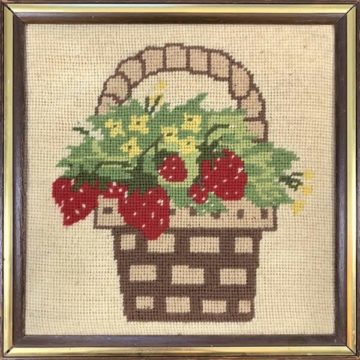 Los Angeles-based Wyatt Blair’s second release of 2018 is an ear-pleasing, up-tempo, poppy offering of mostly ‘60s-inspired delights. Blair’s Inspirational Strawberries is ultimately a refreshing mix of ten mouth-watering morsels weighing in on love lost, love found, escape, dreaming, hope and, of course, inspiration. The album is immediately inviting with a reflective look at a distant relationship with “It’s Yesterday”. The fifth song, “The Waiting Room”, is an instrumental ‘70s interlude which emulates the emotions of a doctor’s office or hospital waiting room. In a good way, indeed. The last track, ‘Won’t Back Down’, is a fitting conclusion, with defiant but dreamy acoustic instrumentation and drumming. It epitomizes true hope as the artist continues his journey, not unlike the Tom Petty song of the same title.

Often it seems that shorter, more to-the-point albums which are devoid of filler and empty space illustrate the “less is more” adage. This is definitely the case with Inspirational Strawberries, clocking in at an efficient thirty-one minutes. The album is reminiscent of ’50s and ‘60s classics with hints of ‘90s brit-pop. While the album heavily emulates artists such as The Kinks, The Beach Boys, and even Fleet Foxes, Blair still manages to develop Inspirational Strawberries’ own identity.

John Graham is a Vancouver-area resident who typically spends most days admiring music of all genres. When not listening to music, John is usually at a live show, somewhere in the bowels of Vancouver.
RELATED ARTICLES
album reviewalbum reviewslolipop records
9.0