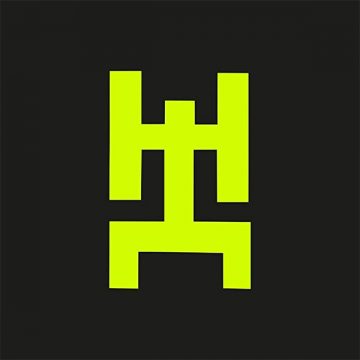 The eponymous debut album from Working Men’s Club is addictive upon arrival, love at first sight. Emerging from England’s Yorkshire countryside near Manchester, the band is lead by the prodigious Sydney Minksey-Sargeant, who was still 18 when he cut the record. His love of techno and disdain for commercial art production resulted in a danceable, menacing album.

Opener “Valleys” is arranged like a classic 12” single, progressively layered and building in complexity. The Balearic beat is music complete with its Hooky, chorus-effected bassline, disco synth lead, and interspersed breaks to nowhere. What distinguishes “Valleys” from a New Order lost siren—and every other tune here from their shamelessly traceable influences—is Minksey-Sargeant’s sincerity. Whether his Northern drawl harmonizes another chorus, speak-sings in bellicose monotone, or narrates like a sober Mark E. Smith, the ennui and open hostility is all genuine.

In homage to the poet “John Cooper Clarke,” percolating synths and funky, Afrobeat guitars convey optimism even while “The luckiest man alive/One day will die.” “Cook a Coffee” is the most exuberant song you’ll ever hear with the word “defecate” repeated 14 times, a paean to existential fatigue exacerbated by the media: “Turn on the radio, cook a coffee/Tune into the BBC and watch me/Defecate.” The Depechey, krautrock swing of “Tomorrow” is prosaically poppy until the part about the cyanide and the candy-crack chorus: “You’re my sunshine, suicide, break my mind.” Happy people are not to be trusted.

Chugging guitars and mechanized, bazooka-bass grooves that recall Front 242 and Curve are the artillery of choice in “A.A.A.A.,” “Be My Guest,” and “Teeth.” With drumming on a real kit fused to the programmed track, a subdued Drab Majesty guitar ripple, and a phantom, vocoder chorus swirling in the dense mix, “Angel” is an appropriately explosive ending for this volatile recording.

Charles T. Stokes is a nonprofit resource development coordinator and donor researcher based in Denver, USA. He’s also a tennis player and writer looking to make a racket with his own noises. “There are places in the world where one cannot publicly listen to or perform whatever music they choose without fear of harassment or prosecution. The freedom to write about new music is power, a privilege.”
RELATED ARTICLES
album reviewalbum reviewsheavenly recordings
6.0