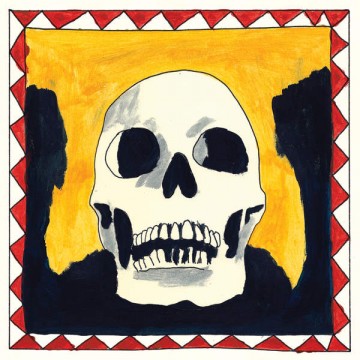 Woods
City Sun Eater In The River of Light
Woodsist

Another day, another expansion of the discography from psych-folkers Woods. City Sun Eater in the River of Light represents the band’s 9th album in 10 years. The album title sounds like the result of a woozy late-night Mad Libs game. For those unfamiliar with Woods, they’re an outfit that, at first listen, sounds rambling and jam-bandy, but their records display precise, lo-fi instrumentals ripped from the killer grooves of the 1960s and 1970s. City Sun Eater in the River of Light expands their sound, reaching further into jazz and even reggae (listen carefully!) for inspiration. The question then becomes not whether they can withstand the bloating – because there should be no doubt at this point that their talent as instrumentalists can assimilate the teachings of any genre – but whether or not the new baubles blow minds and expand consciousness. Was that adequately hyperbolic?

Wood’s 2012 album Bend Beyond represented the intersection of apparent improvisation and perfection; the result was one of the great records of the last decade. If we’re stuck on the transcendentalism angle, that’s the resplendent, mind-altering feather in the band’s cap. The title track is a brooding, tempestuous anthem that has become an epic staple of their live acts, lending itself to prolonged jams of incomprehensible synchronicity. On City Sun Eater in the River of Light the Brooklyn band replaces some of the heavier elements of that sound, dialing back on the jangle, focusing more on the simple pleasures of melody and repetition.

The first single, “Sun City Creeps,” provides an easily accessible entry into the new record. The song’s bouncy guitar riff and soothing horns demand a closer ear before a pair of ripping guitar solos tease an impromptu never-ending jam that actually concludes in a timely fashion. But here’s the difference between Woods and most other bands belonging to the realm of “the jam” – the jam sneaks up on you, seduces you and then dumps you, delirious and satisfied. None of the garish frivolity and directionless inconsequence. This leads to the painful self-realization, all within the song’s six-minute runtime, that you quite possibly, maybe, might even be a jam band guy (or gal). Don’t slap that Dave Matthew Band bumper stick back on the Subaru just yet, however.

“Can’t See It All” ambles along on the strength of the funk-fueled wah wah guitar, but fails to transcend that simplicity. Woods finds the groove and sits there until the logical terminus. As a result “Can’t See at All” best represents the album’s greater construction, proving “Sun City Creeps” to be an outlier. “The Take” and “I See in the Dark” riff further on funk and reggae rhythms. Bongos and bass guitar dominate, directly descendent of an album like Soul Dressing by Booker T. and the MGs. The record catches a crab when it pushes the groove to the background and lingers on more traditional folk music. The peppy, mid-tempo “The Politics of Free,” for example, offers some simple pleasantries and potent imagery but lacks the engaging depth of the album’s strongest compositions.

As ever, the barrier to appreciating Woods lies in accepting the falsetto of lead singer Jeremy Earl. If you can’t abide Earl, you can’t abide Woods. For those resistant ears, listen again. Listen harder. The miracle of Woods is their consistent ability to spin killer jams with the ebb and flow of folk, psychedelia, jazz, funk, reggae… etc. Woods doesn’t really deserve a moldy, determinative label like “folk music.” This is just music – often great music. And though I can’t claim this is among Woods’ best albums, City Sun Eater in the River of Light maintains the band’s status as a consistent, evolving, indie-rock stalwart. Woods has a distinctive sound, but don’t you dare hold them to that.