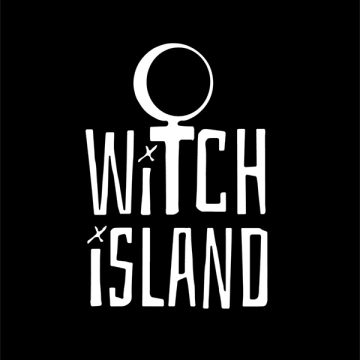 Barrie, Ont.-based punk rock outfit, Witch Island, has just dropped its debut, self-titled album. The 11-track record, available digitally via Bandcamp and physically on cassette through on Ontario’s very own Tarantula Tapes, is a vintage pop punk record very much in tone with the likes of The Ramones and The Runaways.

“Hell To Pay” opens Witch Island with, despite the title, a surprisingly cheery tone. The bright and upbeat track is accented by lush vocal harmonies and weaving guitars that, when combined, almost immediately separate Witch Island from its peers on the Tarantula Tapes roster, as well as the broader Canadian punk scene. Trading the waves of distorted power chords for melodies and intertwining guitars is truly a strength that allows the band to explore an alternative and modern tone – as heard on early tracks like “Ride With me” and “Joel Grey” – while still remaining punk at heart.

Despite the melodic nature of the band’s songwriting, when Witch Island digs deep into an edgier vibe, it certainly stands out and often makes for a highlight across the record. “Piss Me Off” is a fantastic example of catchy gang vocals in the chorus over clean lead guitar lines and crunching chords; however, this is only topped by the following track, “Let It Go”, an aggressive stomp rocker. Cheerful, angry, or frustrated, Witch Island sounds as if it’s having a blast on each track and, as a result, its music is incredibly fun to crank at max volume.

With only a few tracks approaching the three-minute mark, Witch Island is a fast-paced ride that takes an alternative and retro pop punk turn that is often absent in the landscape of today’s punk rock. While not necessarily the tightest of performances, Witch Island shines bright for its ability to weave intricate, catchy, and upbeat melodies along with strong vocal harmonies without sacrificing their punk edge. Simply put, Witch Island is unlike any other punk records being made right now.

A passion for music has always been a part of Gerrod’s life. As a young boy, he was raised on a steady diet of the music from The Chili Peppers, Aerosmith, The Stones, Prince, and others from his mum. Raised in the GTA, Gerrod continued to foster his love for music by attending a wide range of concerts and learning the drums. His unapologetic passion for music has no bounds and has spread to a wide variety of styles, whether it be the 90’s rock that sound tracked his teenage years, the jazz he studied in university, or his newfound love for hip-hop. He recently received his bachelors in music and education from York University and is passionate about writing and reviewing good (and less than good) music. Gerrod is also the drummer and songwriter for a Toronto based rock & roll band, One In The Chamber.
RELATED ARTICLES
album reviewalbum reviewstarantula tapes
10