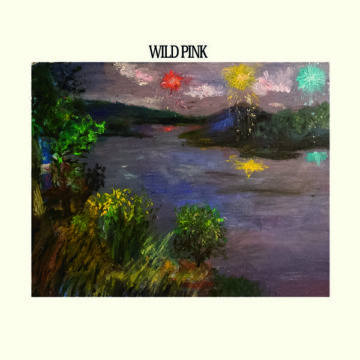 “It’s just a phase”. This is commonly said to teenagers as a way to excuse their erratic behaviour, and it is an apt phrase for Wild Pink’s new self-titled album. Perhaps the three members had this quote repeated to them enough times that it became entrenched onto their identities. Wild Pink is comprised of songs that consistently jump from one rhythm to another, like the unsettled angst of a young fledgling. The exploration is similar to what is commonly carried out by prog-rockers, but with the smooth vocals and anthemic chords of a power pop band. Listening to Wild Pink is an opportunity to revisit the unease of an undeveloped teenager, and the anxiety that comes from good feelings frequently ending too soon.

The distorted major chords of the guitar, the delicate murmur of the vocalist, the cymbal crashes of the drummer, and the feedback fadeouts of the songs position this band to fit well within the power pop genre. John Ross often uses an echoed effect on his vocals, creating distance from the listener. When the effect is not in use, it seems he intentionally mumbles his words. In both situations, the lyrics are effectively obscured, making it difficult to understand all of the lines. Mumbling the words and using an effect to create distance makes it seems like Ross is not fully ready to confront the listener with his intimate lyrics – like how a teenager will go to great lengths to avoid discussing deeply personal issues. There are several instances where Ross joins bassist T.C. Brownell and drummer Dan Keegan for pulses of sound that follow on-beat with silence in between. This is most obvious on “Albert Ross”, a song about letting go of a toxic relationship. The finality of these pulses feels dramatic, like the slamming of a door after an argument, making it a fitting musical technique for an album struggling to hold onto something good.

However, like every musical phrase on this album, the pulsing moments don’t last for very long. For almost every song, the three members abruptly alternate between slow ballads to driving upbeat anthems to staccato interludes, usually ending with twenty seconds of a feedback fadeout. Many people would be quick to pass this off as negligence to fully develop the phrase, however, I would argue that it stirs up an unease that works well with the overall angst of the album. The moments of stability can be soothing like Fleet Foxes or anthemic like The Hotelier. It feels like they end too soon because the moments feel good. This is a typical characteristic of teenagerhood: elated highs are met suddenly with distraught lows, and the frequently of these ruptures brings an anxiety that comes from the anticipation of another burnout.

Creating this unsettled feeling does not make Wild Pink a particularly enjoyable listen. However, it’s worthwhile to take a break from the sugarcoated background music that’s blasted through our airwaves, and to instead spend time with something more honest. Wild Pink should be commended for their bravery to produce something that is not easy to digest.

Raised among downtown Vancouver’s thriving underground indie music scene, Josie moved to Toronto to study architecture and to check out the self-titled “music city.” She is now on the hunt to find the intersection of music and the built environment, and thrives on exciting collaborations with creative individuals.
RELATED ARTICLES
album reviewstiny engines
9.0