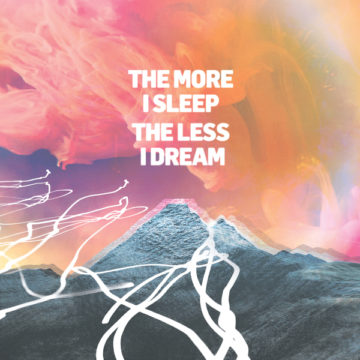 Scottish indie rock band, We Were Promised Jetpacks, is back with a new album for the first time in four years. After touring in 2014, the band took a well- deserved break to work on new music. They expressed that the music felt forced, so they decided to take more time to write songs that came naturally. In early 2018 they finally had songs that they were proud of. These songs became the album, The More I Sleep The Less I Dream.

The More I Sleep The Less I Dream was named after the first song that came purely from the band’s instinct. Following that song, the rest of the album just clicked. The album seems to have a darker tone to it which sprouted from their new experiences.

“Impossible,” is the perfect opening track. This song features a long introduction that builds up anticipation for what’s to come. It has some sort of redemption vibe at first, but the lyrics are a major contrast. “Hanging In,” the first single off the album, is about the struggle one faces when trying to know oneself. This was an excellent single to showcase their new, darker sound.

Overall, this album was a solid release in the wake of their four year hiatus. Equipped with a long introduction, a minute long interlude and some great lyrics – The More I Sleep The Less I Dream is an exceptional indie rock album. I will be adding multiple songs to my playlist.

Drayton is a college student from North Carolina with aspirations to work in the music industry. She enjoys photography, concerts, and discovering new music. Concert photography is her passion because it combines her favorite hobbies. She likes all genres of music, but her favorites are alternative and indie rock.
RELATED ARTICLES
album reviewalbum reviewsbig scary monsters
6.0