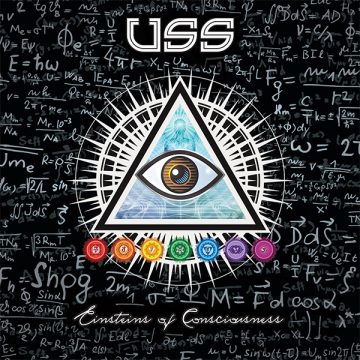 On January 8, 2021, Toronto’s Ubiquitous Synergy Seekers, lovingly known as USS, are gearing up to release their sixth and final album Einsteins of Consciousness. One thing is true–the Toronto music scene will be one great duo short.

Since their meteoric rise that began in 2008, USS has become synonymous with edgy electro melodies combined with a superb acoustic guitar and thoughtful lyrics. Their final album is no different.

The lead single, “Happy”, has the same vocal harmonies and feel as their well-known single “Yin Yang”, but it’s clear that this duo has matured into their music. “Happy” has something special that sets it apart from anything USS has done before. They masterfully brought together their signature melodies, an anthemic sound, and lyrics that leave you with a sense of Carpe Diem.

“Feel Alive” is another standout track. There is a bubbly beat that forces listeners to smile, and then it quickly switches into this perfect EDM beat. In this track you really get to appreciate Ashley Buchholz’s spectacular guitar technique and the DJing excellence of Jason “Human Kebab” Parsons. If there was ever a song that sonically illustrated the bond between these two musicians, “Feel Alive” is it.

There are many other tracks worth checking out on USS’s Einsteins of Consciousness, and a limited-edition vinyl version is now available to preorder. To round out their time together and to celebrate with fans, the duo has announced that they will do a Thank You Tour as soon as conditions permit it.

Samantha “Sam” Stevens is half a music journalist, and half an academic scholar. With a graduate diploma and MA in Journalism, Sam has covered musicians all over the world and her work has appeared in Guitar Girl magazine, North Bay Nugget newspaper, The Link newspaper, and a few others. She even founded and managed her own music blog The Littlest Voice for 5 years, in which the spotlight was thrown on new and emerging indie artists around the globe. Currently, Sam is a PhD student at Carleton University in the School of Indigenous and Canadian studies where she is continuing her MA research on colonial language in Canadian news and government institutions.
RELATED ARTICLES
album reviewalbum reviewscoalition music
7.0