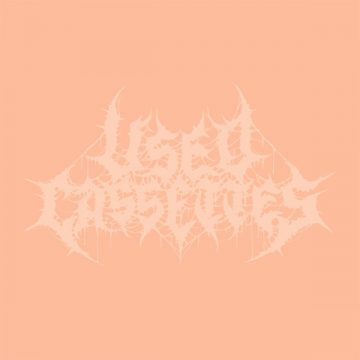 We tend to look at many different regions across the globe, primarily within the United States, Canada, Europe, Australia, and Japan when it comes to rock bands that stick out in the industry. However, when we venture a bit further out, we will realize there are other countries where rock music treasures lay hidden that are otherwise undiscovered by the masses. Originally from South Africa, Canada, and Detroit, the South Korean band Used Cassettes is igniting the scene overseas. Since their inception, the act has been at the top of their game, breaking Korea’s rock top 40, becoming the first gang of ex-pats to ever sign with a top-tier local label, tearing it up in the Asian festival circuit, and starring in a comic book series read by millions.

From the gate comes this large atmospheric surf rock gem, “22 Part 1.” Soaked with lazy guitar riffs, sundry vocals, and a robust echoing drum presence throughout, it is a very relaxed and beautiful way to start the final record.

Beach-driven vibes continue to linger on with the single, “It’s My Night.” Jangly guitar riffs intermingled with bluesy instrumentals keep the soundscapes varied and engaging throughout, preparing us for another single “Dirty Beaches.”

One of the most dynamic listens on the record, “Dirty Beaches” is coated with beautiful sun-soaked guitar riffs merged with a slight edge of heavy percussive flavor that makes this one of the top-tier listens on the album up to this point.

“Funky With A Chorus” has to be one of the grooviest tracks on the record and one of the most alien. With swaying heavy melodic vocals bleeding into some of the most energetic guitar work thus far, the gorgeous twinkling guitar solo that’s hidden in this track will keep people coming back to this one rather frequently.

After Used Cassettes has brought us a cornucopia of sounds for our ears to feast upon, the record comes to a fantastic close with wave breakers “Youth Group” and “22 Part 2”. “Youth Group” has exceptional use of immersive sparkling guitars that take us into another kinetic punk hit “22 Part 2” that dazzles us with its gravid and infectious instrumental and vocal fervor.

Used Cassettes feels like a final record from start to finish. Each song cuts deep and surfaces the band’s struggles with age and separation, yet is still delivered in the best way Used Cassettes knows how. Instrumentally, its broad, multi-spectrum approach to the record shows a side that is fresh and feels like the band has shed some excess skin to try different things for one last time. If this is one album you listen to by this band, let this be one of them.