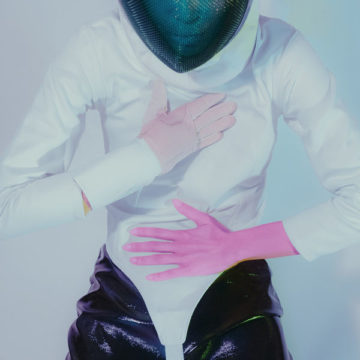 It would seem that there are two ways to divide music listeners – those that like falsetto, and those that don’t. I am of the latter opinion. Ruban Nielson, lead singer of New Zealand psychedelic rock outfit, loves falsetto. Hmm. Subjectivity out the window then and when that filter is removed, here’s what’s left of the band’s most recent album release, Sex & Food – it’s noisy, it’s unconventional, it’s repetitive, it is dripping in modern R&B sensibility and all in all, it’s pretty solid.

There is so much going on from one track to the next on this album that to analyze the instrumentation in any meaningful way would be exhausting, but suffice it to say that there was a high value placed on both layering and production – this is an album that is very sonically dense. Though the guitar stands out on some tracks, especially “American Guilt”, and there is enough snare drum to satisfy any percussion enthusiast, it is the blending and sometimes immersing in of other sounds that is the true musical hallmark. Lyrically, Nielson is vague enough to keep his content suggestive, but there is an obvious cynicism to his writing that seems to focus on the fact that all is not right in the world, at least not on a socio-political front. The one major drawback of this album is in its painfully predictable structuring of songs, with the majority relying on constant repetition of lyrics and lyrical phrases. If you have something to say, great, but there’s no need to say it so many times (I’m looking at you particularly “Hunnybee”).

Beyond content, stylistically on Sex & Food, Nielsen and co. have a highly-developed knack for constructing and performing songs that lean heavily on R&B and soul influences, and yet still sound decidedly modern and vibrant.  The tempo is often slower, but it seems a very conscious effort of the band to use this structure for much of the album. When they do deviate from this structure, with “American Guilt” again the best example, the result is surprisingly effective, highlighting the band’s multiple talents as opposed to jarring the listener with the sudden shift in tone and feel.

It will not be for everyone, but similar to the 2018 album Virtue by The Voidz, with this much experimentation and ability on show, there is bound to be something on Sex & Food for the majority of listeners.

Br. lives in southern Ontario, grew up on The Beatles and The Journeymen, spent his adolescence immersed in grunge, and his adulthood in British alternative. His greatest joy is seeing his son dance and grow into his own appreciation of the indescribable joy of music...
RELATED ARTICLES
album reviewseveryone acts crazy nowadaysjagjaguwar
10