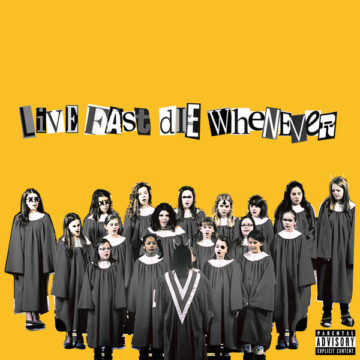 After the success of their debut album, $uicideboy$ have released their newest EP titled Live Fast, Die Whenever. Produced by Travis Barker and featuring a guest appearance by Munky, the album demonstrates a unique sound.

Live Fast, Die Young delivers a good blend of trap, thrash metal, and punk. Songs such as “Nothing Left Nothing Left”, “Killing 2 Birds 2 Birds with 22 Stones”, and “Individuality Was So Last Year” show a mixture of emo rap with distorted 808 traps and screamo vocals. This sound is rarely seen in rap but is refreshing to hear when it is done right. Since the $uicideboy$ come from a punk background, the sound that they portray on this album sounds natural.

The production is very well done and Travis Barker does a great job, however, the album could have incorporated more of the unique drum patterns that he is known for.

I'm a just lover of hip-hop and photography who grew up in Ajax Ontario. Through this platform I hope to share my opinion on the world of rap and bring a new perspective to new upcoming acts, artist, and the music scene. In addition to being a lover of hip-hop, I love to capture photos of these artist in the mean while.
RELATED ARTICLES
$uicideboy$album reviewalbum reviews
6.0