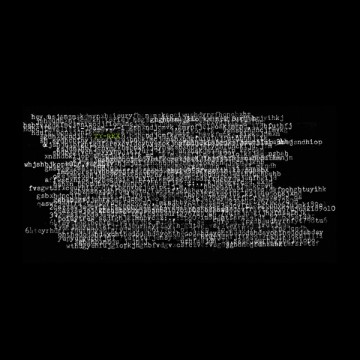 Modern-day garage rock hero Ty Segall has never been bashful about showing his roots. Listening to both his original material and his musical contributions to others’ work (most notably Mikal Cronin), it’s quite easy to connect the dots: there’s a clear progression from teenage 1960s garage rock groups to The Stooges to Lenny Kaye’s Nuggets compilation to ’70s glam to punk to grunge and then onto Segall’s music.

And on Segall’s latest disc, the cleverly titled Ty Rex, the multi-instrumentalist visits one of the way stations on that musical continuum. The music of T. Rex informed Segall’s sensibilities, so it makes sense that he’d enjoy a musical excursion back to those late ’60s and early-to-mid 1970s songs. Ty Rex is compiled from Segall’s similarly-titled 2011 EP, a 2015 single, and one additional recording (“20th Century Boy”).

Segal’s nine choices from the twelve-album T. Rex catalog provide ample clues as to what he finds appealing in Marc Bolan’s music: there’s nothing from 1973’s Tanx LP or any of T. Rex’s subsequent four albums. And Segall skips the 1968 debut with the hippy-dippy title (My People Were Fair and Had Sky in Their Hair… But Now They’re Content to Wear Stars on Their Brows). Instead he focuses on T.Rex’s celebrated glam-rock period, exemplified by Electric Warrior (1971) and 1972’s The Slider, covering three tunes from that period.

The biggest difference between these readings of T. Rex songs and Segall’s original material is the song length: while most of Segall’s compositions typically clock in safely under the two-minute mark (only occasionally pushing past three minutes), on Ty Rex, he stretches out. The noisy “Elemental Child” – originally on 1970’s A Beard of Stars – extends well past the six-minute mark; that’s nearly a minute longer than the original.

Overall, Segall’s selections are solid, digging deep into the T. Rex songbook and sidestepping the most obvious choices such as “Get it On (Bang a Gong).” “Cat Black” – the closest Ty Rex comes to a folkie/acoustic sound (and it’s none too close at that) – points out the sonic similarities between Marc Bolan’s songwriting and that of David Bowie circa The Man Who Sold the World. One potential misstep is the inclusion of the tail-chasing tune “The Motivator,” which is little more than a lazy rewrite of “Get it On (Bang a Gong).”

The instrumental approach and production aesthetic on Ty Rex is consistent throughout; detractors might describe it as unadventurous. Segall prefers a thick layer of distortion on everything: not just guitars, but bass, drums and vocals as well. There’s an intentionally scuzzy vibe to the readings here, giving the impression (correct or not) that these recordings were banged out quickly, in a one-take-and-let’s-move-on fashion.

Those familiar with Segall’s previous work will find the sonic approach on Ty Rex very familiar; rather than fashioning a soundalike tribute – a pointless exercise in any event – he’s made the T. Rex songs his own, bending the tunes into his own inimitable style. Even the early material (from when Bolan billed himself and his associates as Tyrannosaurus Rex) has Segall’s echoey, lo-fi ambience.

As a musical busman’s holiday for the busy Segall, Ty Rex succeeds. As an introduction to T. Rex’s catalog for those unfamiliar with that music, it’s less effective. For fans of Segall’s musical style, it’s a welcome addition to his body of work.

With a background in marketing and advertising, Bill Kopp got his professional start writing for Trouser Press. He rose through the ranks at Skope Magazine, eventually becoming Editor-in-chief. When that magazine ceased publication, readers and associates encouraged Bill to start a blog. Musoscribe launched in 2009, and has published new content every business day since then. The interviews, essays, and reviews on Musoscribe reflect Bill's keen interest in American musical forms, most notably rock, jazz, and soul. His work features a special emphasis on reissues and vinyl. Bill's work also appears in many other outlets both online and in print. He also researches and authors liner notes for album reissues, and co-produced a reissue of jazz legend Julian "Cannonball" Adderley's final album.
RELATED ARTICLES
album reviewsty segall
9.0