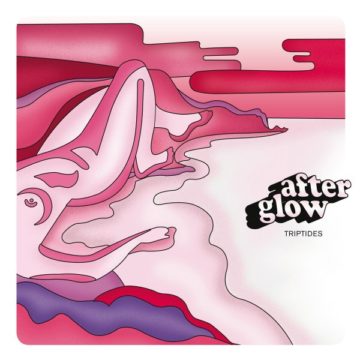 Psychedelic and ethereal, Triptides’ newest album Afterglow proves to be a fantastic addition to this summer’s playlist. With a  beach-pop sound, you’d never guess the band started in Indiana and not California where the surf is high and the days are long. Afterglow’s relaxed sound creates a listening experience where songs meld into one another and the line between them becomes hazy.

Clearly, the influence for the music on this album lays in the 1960s. In any track, listeners can hear bits and pieces of Pink Floyd or The Byrds. The often melancholy lyrics juxtaposed against the joyous background instrumentals makes one think of The Beach Boys. No matter what you hear within the album, chances are you’ll be feeling nostalgic for days gone by with girls in polka-dot-bikinis and the ice cream truck just around the corner.

The album starts suddenly and solemnly with the tracks “Summer is Over” and “Rewind”, each laying down a heavy feeling before heading into the slightly more up beat, “Invitation”. Fans of the Triptides and newbies alike will love the stinging high hat, melodious organ and darker sound of “What For?” -which comes midway through the album. Triptides then create a major lift, showing the true essence of beach pop on “Throne of Stars” and album highlight “July”. Tying together the package, the title track “Afterglow” closes the album with bright organ sounds into enchanting choruses of vocals that seem to float up and down seamlessly.

While there’s no true hook to the album, the overall experience is pleasing to the ear and makes one wish the summer would last all year long.  Worth the listen, Afterglow will have you basking in the warmth of true intoxicating,  psychedelic pop.

Gabrielle Bossy is a lover of all things music, writing and charcuterie boards. Gabrielle has a particular passion for music of the 1960s and the hippie movement in Toronto’s Yorkville district. Gabrielle runs her own music website, The Hippie Historian, where she reviews concerts, interviews musicians and writes about music history that spans the ages.
RELATED ARTICLES
afterglowalbum reviews