SPILL ALBUM REVIEW: A-TRAK – IN THE LOOP: A DECADE OF REMIXES 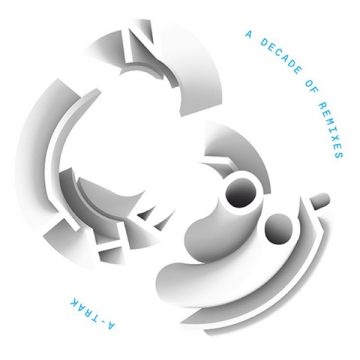 A-Trak
In The Loop: A Decade of Remixes
Fool’s Gold

A-Trak’s latest album, In The Loop: A Decade of Remixes (Fool’s Gold Records) is solid. And addictive. How he managed to select 13 tracks after a decade of honing his remixing craft is as impressive as his catalogue to date. A-Trak’s liner notes are equally remarkable, outlining the history behind each track, how he made the remixes and who helped him along the way. He credits his brother, Dave, “who was a seasoned musician in 2006 while [A-Trak] was still a novice in the studio” and confesses how he takes forever to finish a track – often missing the compilation or release window (as was the case with the acclaimed Yeah Yeah Yeahs’ “Heads Will Roll” remix.

A-Trak (Alain Macklovitch) started his rise at the ripe age of 15 after winning the DMC World DJ Championship in 1997, making him the youngest and first Canadian winner of the competition. The Montreal native went on to snag all three major DJ competition titles (Disco Mix Club [DMC], International Turntablist Federation [ITF], and Vestax), as well as claim all five World Championships. A-Trak even developed a notation system for scratching in the late ’90s, which he presented at the Skratchcon 2000 conference.

Named as one of the 50 Most Important People in EDM by Rolling Stone, this Canadian turntablist champion has become a Grammy-nominated record producer, DJ, travel-company owner and music label executive (Fool’s Gold). A-Trak even had a clothing line with Nike. You may have seen him on the cover of Billboard magazine alongside Diplo and Skrillex, or in a campaign for Adidas, Grey Goose, Converse and Cadillac, or touring with Kanye West. He is credited for developing the careers of artists such as Kid Cudi, Danny Brown, and Flosstradamus. His duo, Duck Sauce, with Armand Van Helden, was nominated for a Grammy in 2012 for their song “Barbara Streisand.”

In The Loop: A Decade of Remixes includes the catchy hooks and extraordinary energy of Boys Noize’s “Oh!” remix, A-Trak’s first heavy-rotation track. The remix was created using only the .wav file and three stems: the talkbox vocal, “Oh!” sample, and the hi-hats. It provides a nice climax from the album’s opening “pumping” track, “Heart It Races (Trizzy’s Rusty Tin Can Mix).” I also love the popular Yeah Yeah Yeahs’ “Heads Will Roll (A-Trak Remix)” and its popping synth chorus: “Off with your head, dance ‘til your dead. Head’s will roll, on the floor.” You may recognize this track from the film Project X. I was surprised to read how A-Trak gave the remix to Erol Alkan, Busy P and Aeroplane to play after it was refused by Yeah Yeah Yeahs’ label due to A-Trak’s extraordinarily late delivery of the remix (the Yeah Yeah Yeahs were already onto their next project). The remix then “became a thing” and the label came back and asked to release it. Determination pays off.

The disco-sampled Sébastien Tellier’s “Kilometer (A-Trak Remix),” The Rapture’s infective “How Deep is Your Love (A-Trak Remix),” Phoenix’s “Trying to be Cool (A-Trak Remix) and Phantom’s “Cry Just A Little (A-Trak-Phantom Remix)” are also memorable remixes (and stories). And the album appropriately closes with an upbeat remix of fellow Canuck Bob Moses’ “Tearing Me Up.” But the story behind “Idealistic” is interesting: apparently Digitalism’s “very German” manager wanted “an electronic version of a classic Hip Hop party break…‘Armand Van Helden’ style.” A-Trak didn’t know Van Helden’s albums too well so he did his homework only to meet Van Helden soon thereafter. “The rest is Duck Sauce history,” he writes in the liner notes.

In The Loop: A Decade of Remixes is sonic caffeine. If A-Trak’s remixes don’t get you going, I’m not really sure what will. The historically rich liner notes are a bonus. To learn that A-Trak found a way to connect to new and original music through making remixes, without having to make “a full original song” from scratch, is noteworthy – although I guess, technically, he did start from scratch. But you know what I mean. 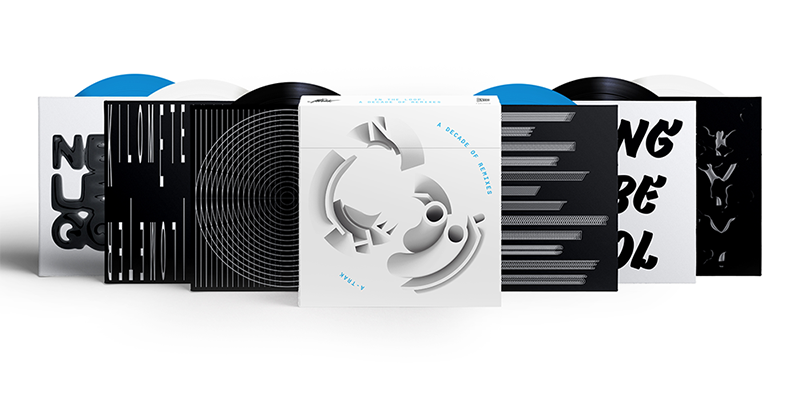 ORDER A-TRACK – IN THE MOOD: A DECADE OF REMIXES 7″ BOX SET HERE

SPILL ALBUM REVIEW: A-TRAK – IN THE LOOP: A DECADE OF REMIXES

Here's what we think...
Spill Rating
Fan Rating
Rate Here
New Criteria
10
—
10
Total Spill Rating
—
Total Fan Rating
You have rated this
Album Reviews
a-trakalbum reviewsbys noizeheads will rollhow deep is your lovein the loop: a decade of remixesoh!the raptureyeah yeah yeahs
a-trak, album reviews, bys noize, heads will roll, how deep is your love, in the loop: a decade of remixes, oh!, the rapture, yeah yeah yeahs
About the Author
Talia Wooldridge

Talia Wooldridge is an avid music lover, composer and ethnomusicologist who contributes artist interviews, live concerts, festivals and album reviews for Spill Magazine. She has written extensively on the intersection of music, personal identity and cultural symbolism with an early focus on Latin American Hip Hop and female Cuban rappers. In her spare time, Talia writes, composes music and manages Music Can Heal, a non-profit that brings live, award-winning musicians to inspire healing in hospitals, hospices and communities in need. Her next project is an interactive music-travelogue exploring music cultures and music travel around the globe. Follow her here: www.taliawooldridge.com + www.movetoyourownbeat.com.
RELATED ARTICLES
album reviewsthe raptureyeah yeah yeahs
8.0