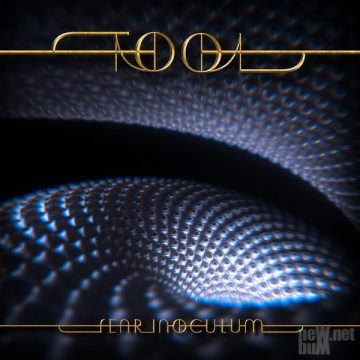 13 years ago, Barack Obama had yet to be elected as the President of The United States, Twitter had only just launched, and the first generation of iPhones was over a year away. It was also the year that 10,000 Days, the last record from progressive/alternative metal band Tool, was released. That is, until now. Returning with the incredible Fear Inoculum, the absence of new music from Tool has become a running joke and a fuel for curious minds alike. Why 13 years, and why now? Even more puzzling is that within that span of time, Tool have not disbanded, and despite a number of members indulging in different side projects, the band has remained a regular force on the touring and festival circuits. While the world has changed exponentially over the past 13 years, Fear Inoculum demonstrates that Tool remains incomparable in their musicianship and songwriting, while their ability to catch their listeners off guard seems sharper than ever.

Less than a month ago, Tool released “Fear Inoculum”. The title track and lead single was the first hint of new music – a bold move considering its 10:21 run time – and the now familiar track kicks off the album. While there are hints of A Perfect Circle and Puscifer in vocalist Maynard James Keenan’s vocals, at the heart of the song is a tone reminiscent ofLateralus. The track builds from subtle, ambient soundscapes until it reaches an explosive ending, all the while touching upon transitions and sections one would never have imagined from the beginning. Just like the title track, Fear Inoculum is a journey with a number of twists and turns which culminate to deliver a true album experience.

Beyond the lead single and opening track, a number of tracks shine as stunning examples of the musicianship and unique songwritingthat have made Tool such a musical force to be reckoned with. The first that comes to mind is “Pneuma”, a track similar in feel and tone to “Feat Inoculum” that builds from an ambient and softer beginning to an explosive conclusion. “Invincible” also builds up and features a tone somewhere between that of 10,000 Days and Ænima. The song is also likely the most relatable lyrically as it tells the story of the struggle to remain relevant amongst changing times and age. It is also worth noting that “Invincible” has some of Adam Jones’ tastiest guitar licks and not one, but two, guitar solos – a rare occurrence among Tool’s work – and an absolutely killer rhythmic breakdown.

Furthermore, songs like “Descending” and “Culling Voices” continue to demonstrate a strong, introspective, and esoteric sense of songwriting while “Chocolate Chip Trip” is essentially a chance for drummer Danny Carey to continue to absolutely rip shit up – as if he wasn’t already doing such throughout the course of the record – with a near three minute drum solo set over a polyrhythmic synth. That being said, “7empest” stands as potentially the strongest, most dynamic and hard hitting on the album. Running at a staggering 15:43 long, “7empest” kicks off with a cutting guitar riff and is driven a far more aggressive tone from Keenan than anywhere else on the album while continuously featuring a number of rhythmic shifts, changes, and breakdowns as once again, Jones takes on a series of fiery lead lines and solos – not to mention, his guitar tone is simply jaw-dropping. The track is beyond thrilling to listen to, and has already, seemingly unanimously, been declared as a fan favourite while also being heralded as some of the greatest work from Jones.

While we may all wonder why 13 years, it does not matter. Fear Inoculum is here and Tool have achieved the unimaginable; not only have they surpassed the natural excitement and hype of a near decade and a half wait, but – and more impressively – they have managed to surpass even the loftiest of expectations from their fan base. Even with the – likely conscious – absence of short, punchy songs of the likes of “Stinkfist”, and “Sober” or hard rock and metal driven odysseys like “Parabola” and “Jambi”, Fear Inoculum shines as not only Tool’s comeback, but their modern opus. A modern masterpiece, Fear Inoculum is a welcome addition that further develops and progresses the already legendary discography of Tool. The record is a journey, with each song ending so far from where it started, often concluding in a manner that begs the question, how did we get here? That is the charm of Fear Inoculum; it will surprise and inspire; it will shift and provoke; it will grow to be timeless.

A passion for music has always been a part of Gerrod’s life. As a young boy, he was raised on a steady diet of the music from The Chili Peppers, Aerosmith, The Stones, Prince, and others from his mum. Raised in the GTA, Gerrod continued to foster his love for music by attending a wide range of concerts and learning the drums. His unapologetic passion for music has no bounds and has spread to a wide variety of styles, whether it be the 90’s rock that sound tracked his teenage years, the jazz he studied in university, or his newfound love for hip-hop. He recently received his bachelors in music and education from York University and is passionate about writing and reviewing good (and less than good) music. Gerrod is also the drummer and songwriter for a Toronto based rock & roll band, One In The Chamber.
RELATED ARTICLES
7empestadam jonesalbum review