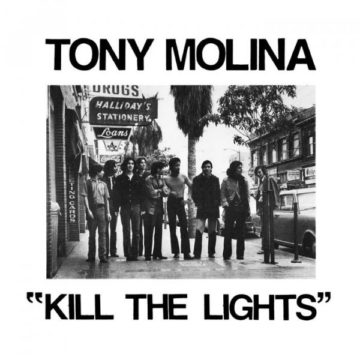 Tony Molina is back with a new EP. Molina is coming off a pretty solid run with his last release, but this new album is definitely a step in the right direction. Kill the Lights is a bit different than that of his previous releases. Here he draws on his past influences of the BeeGees and George Harrison, leaving the listener with a toned-down rock styling.

Molina goes for a mellower feel with this album, but still brings a melodic musical creativity anyone can enjoy. The only issue here  is that it feels too safe. It was as though Molina took the advice from Wayne’s World and made music that everyone would kind of like “like the BeeGees” as Wayne puts it. That is not a bad thing, it just makes for an album that doesn’t really have a stand out catchy song but has many songs that all sound good. The album feels like it’s lacking that one last piece to push it to the next level.

Nonetheless, Tony Molina is a very talented musician and lyricist. The songs have a pretty strong structure, but they don’t have the generic pop feel that makes for a hit single. The album as a whole is pretty strong and is worth listening to, I just felt pretty middle of the road about it. There wasn’t anything that brought me in to feel something new. Instead, the album has a comforting feel as though it has already been listened to a few times. It’s not changing the game, but expanding it.

The Spill Magazine is a Toronto-based online publication dedicated to covering the independent music scene with a strong focus on our thriving hometown talent. Our writers bring you up-to-date news, in-depth features on musicians and reviews for the latest CD releases. We also travel to the front lines for all local festivals including Canadian Music Week and North by Northeast. Don’t forget to check out our Facebook and Twitter pages for all daily Spill updates.
RELATED ARTICLES
album reviewalbum reviewskill the lights
8.0