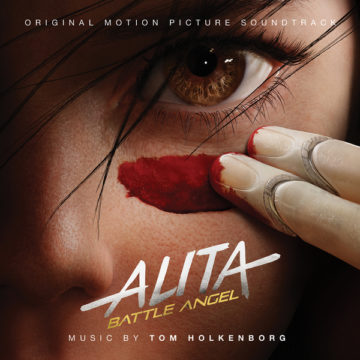 Aside from his movie scores, Holkenborg is perhaps best known for his 2002 reworking of “A Little Less Conversation”, which was a number one hit in 24 countries. He has also remixed songs by Coldplay, Depeche Mode, Britney Spears, Justin Timberlake, and Madonna. In 2008, he received a Grammy nomination for his remix of  “4 Seconds”.

On his score for Alita: Battle Angel, the track “What’s Your Dream?” embodies his style. With subtle echo effects and a grandiose string-dominated crescendo after the intro, it is simultaneously futuristic and classical. It is emotional and enticing, as a track from a movie score should be.

Though only two songs are currently available, they are enough to whet the appetite. If his past scores are any indication, the soundtrack for Alita: Battle Angel is going to be one exhilarating ride.

Music has always been a big part of Samantha’s life. Whether it was singing with a choir, reading music and playing instruments, or staying up well into the wee morning hours just to listen to the international music program on the radio, for Samantha music was as essential as breathing. One day, Samantha noticed that writing, her other obsession, always seemed to flow alongside music, and the two elements of Samantha’s life co-mingled for years. While at university, Samantha discovered that her passions could be put to use, and she embarked on the path of a music journalist. To date she has written many music reviews, news posts, and interviews and so far her work has appeared in The Voice Magazine, The Scene Magazine, and The Spill Magazine, as well as on her own website.
RELATED ARTICLES
album reviewalbum reviewsjunkie xl
8.0