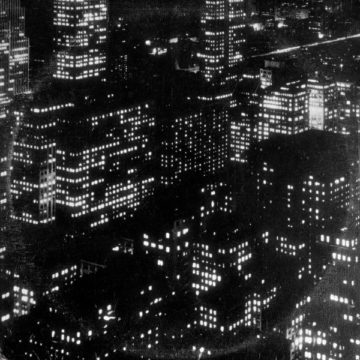 Timber Timbre have been around since 2005, when their debut album, Cedar Shakes was released.  A dark, frightening, brooding album, and from there, they have continued on to this, their sixth album, Sincerely, Future Pollution.

According to their press release, they are down to a three piece now, all original members.  Taylor Kirk continues on his search, for what exactly, I am not sure. But his voice is in fine form, although on some songs, “Gritty”, is just one example,  he does seem to be channeling David Bowie.  As a matter of fact, the whole song sounds like Bowie circa 1975.  Simon Trottier is a solid member switching from bass to guitar to keyboards (as does Kirk) and finally Mathieu Charbonneau on keyboards.

The thing about Timber Timbre is that each album is very different from their previous one.  Although they do have a “sound”, which has more to do with Kirk’s voice and their production, the style of music is always different. .  They have come a long way since 2005.

On this album the song structures are bit more straightforward and conventional.  The opening of the closing track, “Floating Cathedral” sounds like a very slowed down cover of  “And I Love Her” by The Beatles. But there times when they reach back to their more experimental sound, as evidenced in “Moment” which starts out pretty conventional and moves into a sound battle between synthesizer and guitar, stirring stuff.  Overall the album is somewhat less adventurous than 2014’s Hot Dreams, which results in it being a lot more accessible, for the most part, than their previous albums.

This is not to say they have become ‘sellouts’, far from it, but the music at times sounds very radio friendly (especially for the CBC). Mind you, the opening track gets its title from a Neil Diamond album. Velvet Gloves and Spit”, the title of Diamond’s third album released in 1968.  Lyrically they continue to the darker side of human nature, and this makes for interesting listening.

“The king of devotion, is death on instagram” Kirk sings in the closing track, “Floating Cathedrals”, and it sounds like he means it.

And yes, ghosts make their return in some of the songs.  This is essential for Timber Timbre.  The darkness is still there, but there seems to be some flashlights and there are moments of more light, especially in the retro instrumental “Skin Tone”.

This is a strong album, and one that will grow on you over time. Make no mistake about it.  It is a worthy album to dive into, and stay for a while.  The musicianship is stunning and this is one tight unit.  But they have reached the stage where they have set the bar with their previous albums they have to not only reach that bar but surpass it.

Maybe they have not so much become more conventional but rather the music world has caught up with them.

Born and raised in Whitby, Aaron discovered music through his love of The Beatles. This led to a career in radio, writing for various publications, and ultimately a radio show about The Beatles (Beatles Universe), which ran for over four years. When not immersed in music, Aaron enjoys spending time with the loves of his life -- his wife Andrea, and daughters Emily and Linda (all of whom have an intense love of music too).
RELATED ARTICLES
album reviewsarts & craftssincerely future pollution
9.0