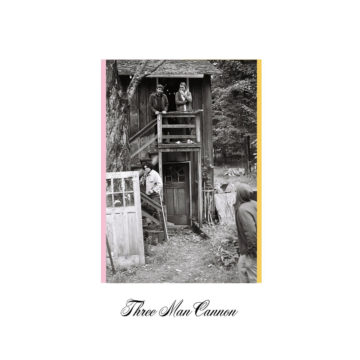 The album shows the musical transition of the band from alternative rock to indie rock, something like Radiohead meets Pixies. This record is so well constructed, it manages to balance the grungy side and the pop structure without being pretentious or prepotent; this record could be described as simplicity itself. Transitions are well established and some new sounds are incorporated here.

The slow tempo, melodic guitars and the astonishing profound lyrics give Three Man Cannon a touch of uniqueness and sentimentalism along the nine tracks. However, in the record, there are some patterns that seem to be repeated over and over again making the album sort of predictable and vague at some points.

Songs like “Sun Poison”, “Hollow”, “Bird”,  and “Apple Tree” stand out from the whole record, these ones are the most colourful ones and when listening to them one might think Of Monsters and Men created an alternative project. The good equilibrium between guitar, bass, and drums brings you the sensation that all instruments are connected through an umbilical cord.

Three Man Cannon is a solid album, a bit conservative but infectious. But the biggest achievement of this album is taking simple rhythm and making it sound complex.

Sebastian Mahecha is a postgraduate journalism student at Humber College. I’m passionate about music, I enjoy listening to mostly any kind of music, from thrash metal to most underground salsa. Politics and social justice have been of my interest for many years, so whenever a new musician records a song about controversial topics I’ll be there to take a look.
RELATED ARTICLES
albumalbum reviewalbum reviews
8.0