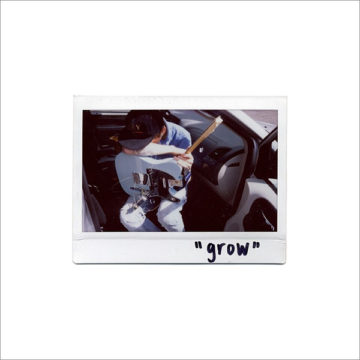 Faced with his own encroaching and premature mortality, Thom Fekete never stopped writing music. His new album, Grow — released posthumously through Joyful Noise Recordings — is both a document of and a tribute to his grit as a songwriter.

The album is brief, yet long-lasting and at times, even haunting. But the haunting qualities aren’t inspired by the songs themselves – which are almost entirely upbeat across the board, or at the very least, not the sad songs one might expect from a young man in Fekete’s shoes – a young man come face-to-face with a monster illness, and ultimately, death. Instead, the haunting nature is due, in large part, to the reflection on the circumstances surrounding the record’s recording and ultimate release that the passage of time allows.

In 2014, Fekete, then a guitarist for the Florida-based indie band Surfer Blood, was diagnosed with a rare and aggressive form of cancer. Through his final months, Fekete was writing constantly and with the help of his wife Jessica, set up a makeshift recording rig beside his hospital bed. With that, Fekete recorded pieces of songs which would later be reborn as Grow after Jessica found the recordings on Fekete’s computer.

The opening track of the album, “Clean Mind”, is a fleeting symphony of electronic sound, lead by a pulsating guitar. The track is immediately striking and the context for the work is impossible to shake, but there is no bitter somberNess in the atmosphere – neither the album’s, or my mind’s as I listen to it. The atmosphere is pensive. There is an air of reflection that reverberates through the entire album, and whether or not this was Jessica Fekete’s intent in releasing this work, it is effective – almost overwhelmingly so.

Other songs, like the album’s only single, “Moulding Over”, see Fekete toying once again with the sounds that propelled Surfer Blood to an international stage, and it’s a welcome familiarity, four tracks into the record.

In the album’s final song, a live recording of a track entitled “When Death Comes Searching”, Fekete confidently sings in jest of confronting death and facing it head on, and it’s near impossible not to become emotional as the joyful song fades to applause and the album closes.

More of a loving tribute than a completed and polished album, Grow is still, at a minimum a treat to listen to, and at its best, a humbling reflection on a celebrated life.

Jacqueline Tucci is a journalist in Toronto. She’s new to Spill, but has been interviewing bands and writing about music since she was a teenager. You can almost always find her on the web, in record stores, or in bars looking for new and exciting local music.
RELATED ARTICLES
album reviewalbum reviewsgrow
9.0