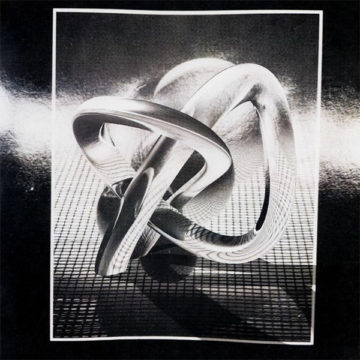 This Will Destroy You
New Others Part One
Dark Operative

It can be difficult to stand out as an artist in the world of post-rock, not least because of how easy it is to fall into the clichés of repeated arpeggios and delayed tremolos that usually are so synonymous with the genre. Pioneers like Mogwai, Godspeed You! Black Emperor and Sigur Ros have transcended these limitations through radical experimentation and creativity with textures and tone as well as pushing the boundaries of songwriting and structure, but those bands are exceptions rather than the rule. Those following in their wake have been left with the daunting challenge of being original in a sonic context that can often tend towards homogeneity, as well as one which is oversaturated with voices desperate to be heard. Over the last decade, This Will Destroy have emerged as one of the few acts capable of standing out from the rest of the post-rock crowd, all the while staying true to the roots and traditions of the genre’s sound.

Throughout their first four full-length albums, This Will Destroy You crafted a distinctive atmosphere and character that balanced subtle textural work with ringing guitar melodies. Following 2014’s Another Language, which continued to incorporate influences from drone and doom metal, shoegaze and ambient music while staying in touch with the band’s sound, the Texas-based instrumentalists were left with the dilemma of which direction to move forward with. Without shooting off into new territory, their upcoming 2018 release New Others Part One gives the impression that the band is moving forward without forgetting themselves.

Perhaps the most striking progression on the record is the movement away from the Earth-shattering climaxes that populated their previous releases in favour of a more delicate, reflective and pensive atmosphere. While the influence of electronic music on this change of sound is hard to miss, the band’s dedication to their instrumental expression instead of turning to production-based composition means that this feels more like an expansion of This Will Destroy You’s range than a foray into new territory.

With a noticeably withdrawn and somber emotional landscape compared to previous releases, New Others Part One is a more delicate and reflective work. While opening track ‘Melted Jubilee’ sets things off with a more light and upbeat sound that is hardly unfamiliar to those who have listened to the band’s work, the track winds down into introspection and nostalgia. This descent into a more subtle, quiet headspace develops throughout and defines the album. Dynamic movements are less stark and yet leave a deeper impression because of the band’s knack for building tension with the lush textures that they spread across both guitar and synth parts. Yet, despite this more minimalist and atmospheric sound, This Will Destroy You do commendably well to avoid repetition with each track sounding fresh and distinct throughout the experience.

Though this gentler approach takes center stage, it only serves to make the occasional breakthroughs on tracks ‘Syncage’ and ‘Weeping Window’ all the more striking. While the band tone down the distortion and double bass drum for these sections compared to previous releases, the focus on textures and dissonance gives these climaxes an impact that strikes just as deeply as any other moment in This Will Destroy You’s discography.

As the album winds back down from these huge breakthroughs, the final two tracks seem to carry the listener back to where they came from in what is likely the most coherent progression throughout the album. By the end of ‘Go Away Closer’, the dark, moody spaces that came before seems long forgotten in the midst of a return to a more uplifting energy that wraps up an emotionally satisfying journey. While the album is at times let down by uneven transitions between songs, especially in the first half of the album, and a regrettable but slight inconsistency in the quality of some of the tracks, New Others Part One stands out as holistically mature and cohesive work. While it’s hard to say how it stands amongst the rest of the bands catalogue, This Will Destroy You’s new release is certainly an excellent effort to add to the collection.

Based in Montreal but raised across Western Europe, Andrew feels at home both everywhere and nowhere. Having picked up the piano at age four, he has since gone on to add clarinet, saxophone and guitar to his musical arsenal. As well as crafting music, Andrew spends a lot of time listening both at home and in live contexts. Rather than focusing on a particular style or calibre of artist, he is keen to explore music of any shape or size. Outside music, Andrew's passions lie in philosophical writing, visual art and sharing positivity with the world around him.
RELATED ARTICLES
album reviewalbum reviewsdark operative
7.0