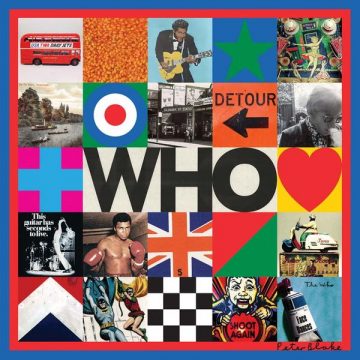 The Who
Who
Universal Music

Standing among the last classic rock bands from the 1960s, The Who have returned with WHO, their first album in 13 years. With a legacy spanning over 55 years, founding members Pete Townshend and Roger Daltrey are back with long-time touring members, bassist Pino Palladino and drummer Zak Starkey – along with a revolving door of featured artists, including Simon Townshend, Benmont Tench, Carla Azar, Joey Waronker and Gordon Giltrap – for a nostalgic record that continues to push forward into new and exciting territory.

Opening with the humming organ of “All This Music Must Fade”, the track delivers on what one should expect from veteran rockers the likes of Daltrey and Townshend: powerful vocals set over simple, yet layered, guitars. Townshend’s tone is especially worth a mention as it remains nostalgic of the ‘70s with his vintage crunch that cuts through the dense soundscape of the track. Similarly, the following track,“Ball And Chain” feels like yet another classic track from Who’s Next era of the band with a modern feel in this gritty track with a slow, bluesy swagger, making it among the strongest tracks on WHO.

Aside from the one-two punch of the opening tracks, there are a number of highlights across WHO which make for a truly great album. “Detour” certainly comes to mind with its swinging shuffle and slinky guitar licks while the soft, contemporary ballad, “I’ll Be Back”, is a stark contrast to much of the record and hits on an emotional level, largely from the vocal duet and harmonies between Daltrey and Townshend and the lush strings and the light and jazzy keys. Meanwhile, “Rockin’ In Rage” hits on the cinematic rock epics that became something of a signature for The Who with a structure with enough twists to deem it a bit of a musical journey, signifying the duo’s desire to continue to push for artistic innovation. This is furthered on the jazzy, Latin-inspired ballad, “She Rocked My World”, a song that, while a strange choice to conclude the album, is simply thrilling.

At this point in their career, no one is expecting The Who to put out a record that measures up to some of their best work from the ‘60s and ‘70s, and yet, WHO certainly delivers in just that vein. While still sounding new, fresh, and exciting, Townshend and Daltrey have written a record that already feels classic. Furthermore, The Who sound more like themselves than they have in decades on WHO, an album that is a definite must-hear for all classic rock fans.

A passion for music has always been a part of Gerrod’s life. As a young boy, he was raised on a steady diet of the music from The Chili Peppers, Aerosmith, The Stones, Prince, and others from his mum. Raised in the GTA, Gerrod continued to foster his love for music by attending a wide range of concerts and learning the drums. His unapologetic passion for music has no bounds and has spread to a wide variety of styles, whether it be the 90’s rock that sound tracked his teenage years, the jazz he studied in university, or his newfound love for hip-hop. He recently received his bachelors in music and education from York University and is passionate about writing and reviewing good (and less than good) music. Gerrod is also the drummer and songwriter for a Toronto based rock & roll band, One In The Chamber.
RELATED ARTICLES
album reviewalbum reviewsthe who
7.0