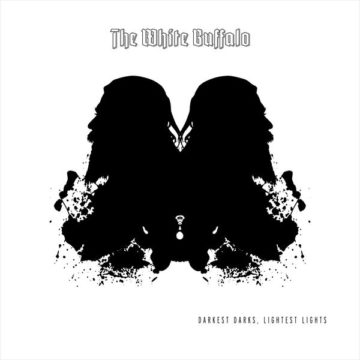 I need to get out of this city. The money is running out and I seem to be heading nowhere fast. I call my brother — he’s three years younger, in a similar boat. Finding work has been tough. We’ll blame it on the economy. A dark cloud seems to be settling over us, our moods are turning sour. He agrees that the best way to shake ourselves off is to load into my car and head west for the country.

I’m at the wheel. He is hand rolling himself a cigarette. He tells me he’s thinking of leaving his girlfriend. I tell him I’m trying to make a go at being a writer. I ask him if he would mind listening to some tracks I’m supposed to be doing a write up on. He nods while sparking up his hand-felt cigarette.

I turn on The White Buffalo’s Darkest Darks, Lightest Lights. Silence. I crank up the speakers. The sound of a gruff, gravelly count: “1…2…1, 2, 3, 4”. The music kicks in like a dazing sucker punch. We reel back. Shock and awe. Hooked into how wonderfully hard-hitting the opening track is. It drives forward with a familiar simplicity that all great songwriting is rooted in. “Hide and Seek” brings back memories of road tripping with our grandfather in his old  Ford F 250, heading out towards our cabin as he cycled between three cassette tapes: Johnny Cash, Gordon Lightfoot, and Eddie Cochran.

Darkest Darks, Lightest Lights rolls into its second number – “Avalon”. I can feel The White Buffalo pulling my foot into the accelerator – this is music meant for driving. Music for escaping. It’s American in the best possible way; tough, hardworking, building something out of nothing, living life on your own terms.

The White Buffalo has created an album that is truly masterful. It’s the sound of cutting across the country, the landscape whipping past. An outlaw on the run from one mistake to another. The album moves like one should – picking you up to drop you off softly before racing forward again. It’s an album that I’m going to listen to often when the city gets rough and I need to escape into the country.