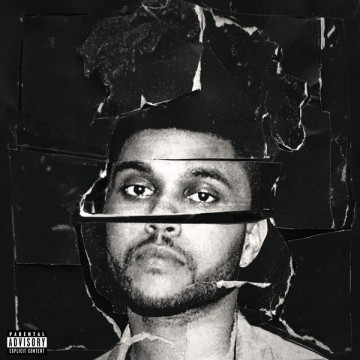 The Weeknd
Beauty Behind The Madness
XO Republic

Pining for The Weeknd!

Smooth-voiced Canadian/Ethiopian Abel Makkonen Tesfaye a.k.a The Weeknd, a.k.a the dreadlocked raconteur, kicks in your eardrums with this 14-track, star-studded, 2nd full length R&B-esque studio album to rave reviews. In a short five years, Tesfaye has let us look behind the villainous mask and made himself a household name in the industry, while still gaining steam. There are some great love-making songs on this grandiose album veiled in quotient, objective lyricism.

Tesfaye wanna be startin’ something with the first track “Real Life.” This well thought out song opens the album excitingly, and shows some good production values (listen to the bridge), which sets the tone and theme for the album. “Real Life” is a slow burn that builds up some nice instrumental pieces while he Socratically muses about being “better off when I’m alone.” We then spill into “Losers,” which sports a simple piano intro, followed by a very sneaky-sounding variation on The Dave Brubeck Quartet’s “Take Five.” Spoiler alert: be aware of the amazing beat drop in this song, then shit gets real around 3:37 with the blaring of the horns. The all-star cast continues with Kanye throwing down “Tell Your Friends,” with it’ imbued ‘70’s soul sound. This song is pretty much The Weeknd’s blueprint on point: popping pills, sex with women, and “livin’ life soooo trill.” A nice slow jam while you’re spending sexy time with that loved one. “Often” comes off as X/O for your ears, while “The Hills” is a real thriller with its harsh opening. Love the scream and the bass drop in this song. Repping Richmond Hill! Remember, “hills have eyes, the hills have eyes, who are you to judge?”  The outro is a nice touch and hits close to home. Tracks like “Acquainted,” “Shameless,” “As you Are,” and “In the Night” bring forth an ‘80s vibe that sounds great in the low light of your bedroom. “Can’t Feel My Face” is another shining star on this album; the similarities in vocals to Michael Jackson is warranted. This beautifully crafted track has an irresistibly upbeat raw bassline that grabs you with its catchy, retro pop hook. Some might loosely interpret the lyrics as a comparison of sex to cocaine. Fun for the whole family, and if you don’t like it, you can beat it! Speaking of beating it, “Earned It” is the anthem for Fifty Shades of Grey, creating a sensual waltz, dripping off the wall of orchestral sounds with the stringed vibratos, topped with some nice falsetto vocals from Tesfaye amid the call and response with the piano. Shorty, so seductive! We continue onward with the sonically bluesy “Dark Times” with Ed Sheeran and The Weeknd showcasing his falsetto chops. “Prisoner” is laced with feelings of innate sadness. You will find yourself a prisoner to this song. You may find this track creating a sensual fire in your loins, eith Tesfaye is the fire and Lana Del Rey as the fuel. We end the album with “Angel,” which is a fantastic track to end the album on, with its visions of ‘80s glam rock, as Tesfaye is letting go of a girl to let her find someone who actually cares for her (“I hope you find somebody to love”). This song puts the album to bed at the end of its long, arousing, carnal journey.

With Michael Jackson’s essence being reflected on parts of this 65-minute album, will The Weeknd become the next King of Pop of his generation? With his smooth yet criminal vocals and sensual, human nature lyrics coming together, one can see he’s headed in the right direction. He’s really evolving his sound and expanding his horizons on this release. While listening to this must-play album, don’t stop till you get enough, as the lavish, poppy hooks are infectious and bound to linger in the listeners’ mind for a long time.

Insert pretentious stuff about me here. I was born at a very young age. I am pretty, funny... without the comma. Easily distracte
RELATED ARTICLES
album reviewsthe weeknd
8.0