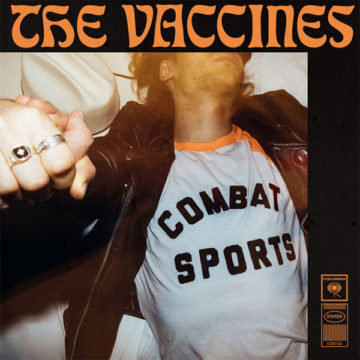 With punchy melodies on top of their signature sound, The Vaccines fourth full length album Combat Sports gives new meaning to the phrase if it isn’t broken, don’t bother fixing it.

The 5-man indie rock outfit from London, UK, combines the flawless vocals of lead singer Justin Young with the sounds of polished riffs and riot worthy drum beats to create a well-rounded album. Although not epically different from their previous releases, Combat Sports is still worthy of repeated play.

A pop rock-like sound accompanied by an undeniably beautiful electric guitar riff in “Maybe (Luck of the Draw)” fuses simplistic lyrics with an almost ‘80s sound to create a love song packed with an oddly familiar level of nostalgia for the danceable pop of that decade.

The true stand-out is “Young American”. The only slow tune on the album takes clever lyricism and mashes it on top of an intoxicatingly calm musical back-drop to create a seductive ballad without all the extra noise.

Combat Sports doesn’t stray too far from The Vaccines regularly beaten path, but that doesn’t make it any less decent. The comfort of the old in their new release makes the album a perceived future fan favourite, and may even convert a few anti-Vaccers.

Angelica is a Freelance Writer based in Toronto, ON. Her passion for music started at a young age when she received a guitar for her birthday, and it has taken over her life in the best possible way ever since. When she’s not searching for additions to her vinyl collection, discovering new upcoming bands on Spotify, or attending any live show she can get tickets to, she can be found in her room jamming on her guitar.
RELATED ARTICLES
album reviewssony music
8.0