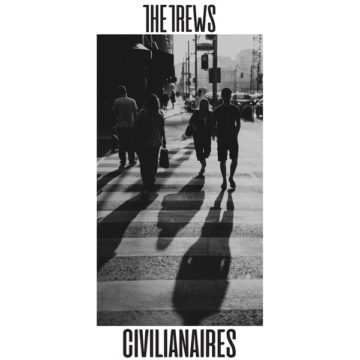 The Nova Scotia-bred, Hamilton, Ontario-based band The Trews return with their sixth studio album, Civilianaires, and certainly one of their best to date.

Led by singer/guitarist Colin MacDonald, along with guitarist John Angus-MacDonald, bassist Jack Syperek and drummer Chris Gormley, The Trews have opened for huge acts in the past like The Rolling Stones and Bruce Springsteen, and have two Gold albums and many music industry awards to their credit.

Key cuts on the new 13-track disc include the title track “Civilianaires,” co-written by Serena Ryder, the second single “Vintage Love,” co-written and co-produced by Max Kermen of The Arkells, the raucous raver “The New Us” and the addictive and haunting potential radio single “No More Saying Goodbye.”

A fall tour with dates in Ontario, Quebec, Newfoundland and New York are already set, with more to follow.

Gerry Young is President of Current Records and Management, and author of the 2011 biography Pop Goes The Weasel: Rock And Roll Off The Record, available at Indigo/Chapters, Barnes & Noble, and Amazon.com. He has recorded and managed Juno Award winning bands Martha And The Muffins and The Parachute Club among others.
RELATED ARTICLES
album reviewalbum reviewscadence music
10