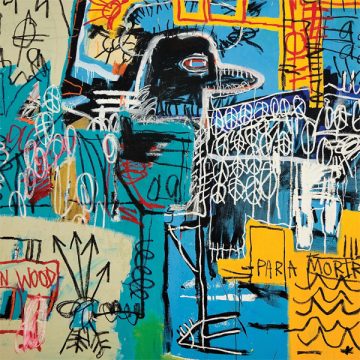 The New Abnormal, the highly anticipated sixth album from The Strokes, is the perfect culmination of all the elements of The Strokes at their best, while experimenting with new sounds.Long overdue, it is The Strokes’ first album since 2013’s Comedown Machine.

The album kicks off with “The Adults Are Talking”. The vocals are sweet and intimate, which is atypical of frontman Julian Casablancas’ raw and brooding vocal delivery. It is distinctive Strokes, and the ending is engulfed in Casablancas’ iconic falsetto.

“Bad Decisions”, the second track that dropped mid-February of this year, is by far the most “Strokesy”. It takes listeners back, and reminds them of why this band has stood the test of time. As archetypal as this song might be, its timeless, punchy guitar riffs can’t stop you from getting up and dancing. The lyrics in the chorus are extremely catchy and are followed by a very early 2000s standard Strokes bridge, without being monotonous and still feeling fresh. It is a feel-good song that you will listen to 20 years down the line, which will remind you of why The Strokes were such an iconic band.

“Eternal Summer” sounds as ethereal as the title suggests, echoing sounds from 2013’s Comedown Machine. Its dreamy synth and atmospheric vocals are paired with ‘80s influences. This is the best display of Casablancas’ vocal range and control we’ve seen thus far, which switches from falsettos to almost yelling, and is notable nonetheless.

Lead single “At The Door” is the gloomiest song on the album. The track features synths that evolve though heavy solemn chord progressions into a cloud-breaking release. The hopeful sadness and feelings of regret for the past are reminiscent of a track that could have been off of Angles. “At The Door” is thought provoking with ‘80s influences and a dystopian-like ambiance.

Those who say The Strokes peaked at their debut Is This It have missed years of great music from the band. The New Abnormal just might make them reconsider their stance. This album has brought out fans far and wide to support a band that started off just wanting to write what they wanted. It is a nod to all the classic Strokes sounds that are known and loved without being boring or predictable, and feels like a journey through their full discography over the years, all mashed into one remarkable release. The band stays true to their catchy, punchy guitar riffs and this is the perfect collection of all the qualities that make The Strokes the band that they are. It is the comeback that everyone waited for and doesn’t disappoint in the slightest.

After borrowing her parents’ 35mm Yashica film camera and never returning it, Kristen discovered her love for photographing artists, particularly live performances. She spends her free time playing with her golden retriever and buying too many plants that she doesn’t have room for.
RELATED ARTICLES
album reviewalbum reviewscult records
10