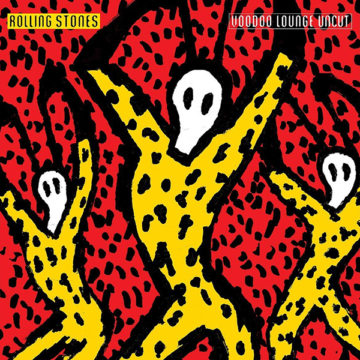 After a slew of creative disasters in the mid to late ‘80s, The World’s Greatest Rock ‘N’ Roll Band dove back to their roots for their 1994 comeback, Voodoo Lounge. The newly invigorated Rolling Stones took the album on the road for the next year and a half and gave some of their best performances in years.

What we have on Voodoo Lounge Uncut, is one of these shows captured in November 1994 at Joe Robbie’s Stadium in Miami. Running through the setlist boasting such hits as “Honkey Tonk Women”, “Jumpin’ Jack Flash” and “Tumbling Dice”, Voodoo Lounge Uncut is stacked.

We’re given a performance of the Stones recorded nearly a quarter of a century ago. Even then the group were considered dinosaurs (then in their early 50s), but listen to these tracks today they still seem to command an audience with great gusto. From Keef’s twangy Telecaster to Mick’s hyped stage presence, it was clear the middle-aged Stones could put on a show with ease.

There are some moments that are a little puzzling like Whoopi Goldberg’s introduction of the group. Is it really necessary to include this on the disc? For Christ sake, it’s the Rolling Stones, man. The Sheryl Crow duet “Live With Me” is also a bit too much. While she has regretfully been featured in Rolling Stones concerts sporadically ever since, it really is a travesty to have her featured on this album. It’s out of sorts and probably not what your hardcore Stones fan wants to hear. And let’s face it this record is aimed at the hardcore fans.

The highlights of the album though, surprisingly, are the songs on which Keith Richards lends his vocals. They’re strained on the junkie theme “Before They Make Me Run” but completely honest in his delivery, while on the country tune “The Worst” he sounds as if he’s been on a three-day bender. Both are album highlights.

While Voodoo Lounge Uncut isn’t in the class of Get Yer Ya Ya’s Out or even Love You Live, it is still a solid live showcase for the bands ‘90s shows.

As a child growing up in the suburbs, Ryan found music as a way to soothe his boredom. After first hearing AC/DC at the age of 10, he was hooked on music. Tracing its roots to the ‘50s, he became obsessed with Elvis, Buddy Holly and Chuck Berry. Somehow that led to grunge, then psych-rock, then jazz, etc. The list goes on and on and his collection of vinyl records continues to grow.
RELATED ARTICLES
album reviewalbum reviewseagle rock entertainment
7.0