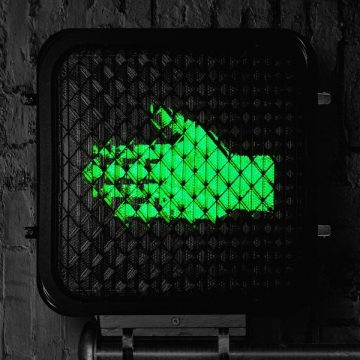 Help Us Stranger, the latest ass-kicking record drop from The Raconteurs has finally landed and is exactly what you hoped for.With the classic Raconteurs riffs of co-band-leader Brendan Benson – peppered with the strangeness that only Jack White can bring to an album – it’s definitely one to not sleep on from start to finish. Filled with sassy guitar, thunderous drums, oddly placed synth, and blow-your-mind strings, it won’t disappoint.

Opening track “Bored and Razed” sounds like it could be nicely slid into previous albums Consolers of the Lonely or Broken Boy Soldier.The vocals of Benson and White seamlessly flow together with guitar reminiscent of “Salute Your Solution”with the ever-timely Patrick Keeler behind the drum kit to punch things up a bit.

From there, there’s no end to the high energy blasting through your speakers. (Sort of) the title track, “Help Me Stranger,” ends on a boisterous note before “Only Child” brings things down. This melodic, peaceful track is backed by the same harmonizing vocals and for the first time, a synth, sounding out of place in the best way imaginable. Only a momentary reprieve is given before the group punches things back up in true White fashion with “Don’t Bother Me.”

Without losing the folky, rockabilly vibes of a classic Raconteurs album, the band has pushed its limits and more than succeeded. Tracks like “Now That You’re Gone” and “What’s Yours is Mine” show enormous growth and a willingness to dip a toe (or two) into the waters of other genres. Yet there are still tracks like “Sunday Driver” which give fans exactly what they’ve been pining for: The Raconteurs. Overall, it’s safe to say The Raconteurs are back, recharged, and ready to fill your ear holes with glorious tuneage.

Gabrielle Mueller is a lover of all things music, writing and charcuterie boards. Gabrielle has a particular passion for music of the 1960s and the hippie movement in Toronto’s Yorkville district. Gabrielle runs her own music website, The Hippie Historian, where she reviews concerts, interviews musicians and writes about music history that spans the ages.
RELATED ARTICLES
album reviewalbum reviewsbrendan benson
7.0