SPILL ALBUM REVIEW: THE ORB – NO SOUNDS ARE OUT OF BOUNDS 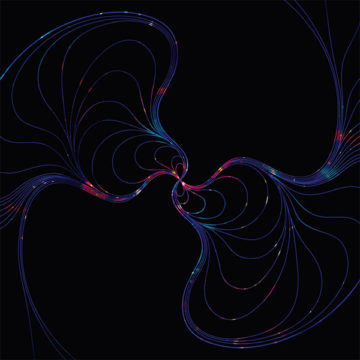 The Orb
No Sounds Are Out Of Bounds
Cooking Vinyl

Alex Paterson is back with his friends under the banner of The Orb. Once again he is working with Thomas Fehlmann, and as duo they take the title of this album, No Sounds Are Out Of Bounds, literally.  Fehlman has been a full time member of The Orb since 1995. On this album, the duo throw everything together to form a melting pot of sounds, music and musical guest stars. This is also The Orb’s first album for Cooking Vinyl.

The Orb are not breaking new ground on this album, and therefore they continue to do what they do so well. This is electronic chill, groove, dance, ambient music all in one album. It is all well written, produced and extremely well mixed. One catches their breath when Paterson and Fehlmann let you catch your breath. Beautiful, smart segues between songs enhance the album and link each great track to each great track.

The guest lineup on this album is of interest and contributes to the overall album. Rihanna appears on the song “Drift”, which seems to be the perfect fit for her. Roger Eno makes a guest appearance on the stunning, beautiful and moving “Ununited States”. He has played with The Orb behaviour, (2016’s Cow/Chill Out World). Another artist Eno has played with before, Gaudi also makes an appearance..

Other guests make their presence felt. Listen to Youth’s bass on “Wolfbane”. It is staggering and drives the song to new levels. Jah Wobble does his thing with his incredible style on “Easy On The Onions” (great title too!).

Others performing on the album include Michael Rendall, Andy Caine , Holly Cook, Emma Gillespie,  Guy Pratt, Mary Pearse, and Brother Culture. It is an impressive lineup, but they are incorporated into the overall sound, rather than standing out demanding spotlight. And in the end, everything is mixed together in a way that only The Orb can.

No Sounds Are Out Of Bounds is a great album. By this point in their career they have nothing to prove and do not need to break out of their comfort zone. But they do enhance their music. They may not have broken new ground, but they have grown.

Lyrically The Ob does not shy away from having their own views and opinions, but they do not bash the listener over the head. What makes this album so great is that there is so much going on in the album that it can be appreciated on so many levels. Brilliant work and it just may be the perfect summer album, given what is going on in the world and the need for thought provoking D.J. music.

SPILL ALBUM REVIEW: THE ORB – NO SOUNDS ARE OUT OF BOUNDS

Born and raised in Whitby, Aaron discovered music through his love of The Beatles. This led to a career in radio, writing for various publications, and ultimately a radio show about The Beatles (Beatles Universe), which ran for over four years. When not immersed in music, Aaron enjoys spending time with the loves of his life -- his wife Andrea, and daughters Emily and Linda (all of whom have an intense love of music too).
RELATED ARTICLES
album reviewalbum reviewsalex paterson
7.0