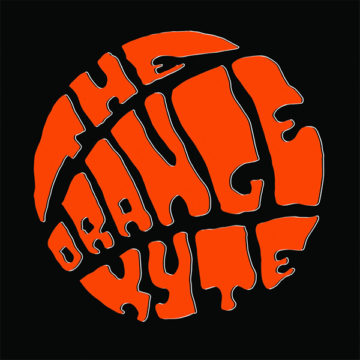 The music is psychedelic by way of the 1980s. The Orange Kyte has roots in the 1960s, but it is via Echo and The Bunnymen, or Kissing The Pink, or The Church. This is not a bad thing, because although these bands are their roots, they manage to make the music their own, in their own distinct style. They blend aspects, and in the end one is left with The Orange Kyte sound.

The Orange Kyte makes excellent use of a variety of sounds throughout (listen for the sax subtly mixed in in the song “Goats”), and this is where the band excels. When you think you know where they are going with the song, they make a sharp left turn. At times the effect is brilliant.

The playing on the album is top notch. Moonboots et al like to use noise, but they do so effectively. It may sound incredible, but they create some very fine melodies throughout with noise. Again, it is trippy, flowing music but it all works. The last track, “PTR” is pure beauty in a song. Well arranged and brilliantly produced, it brings the album to  a stunning conclusion. This song features some brilliant guitar work and the ending of the song is perfect.

There are some special guests on the album. “Goats” features Peter Holmstrom of The Dandy Warhols, and Bryan Nichols of Dead Ghosts makes an appearance on the beautiful and appropriately titled “Blue Ghosts”.

This is a great album, a great sophomore effort, and an album that should be noticed by a larger community. They have their fan base, but this might be the one to get them the exposure they deserve.

Born and raised in Whitby, Aaron discovered music through his love of The Beatles. This led to a career in radio, writing for various publications, and ultimately a radio show about The Beatles (Beatles Universe), which ran for over four years. When not immersed in music, Aaron enjoys spending time with the loves of his life -- his wife Andrea, and daughters Emily and Linda (all of whom have an intense love of music too).
RELATED ARTICLES
album reviewsblue ghostslittle cloud records
8.0