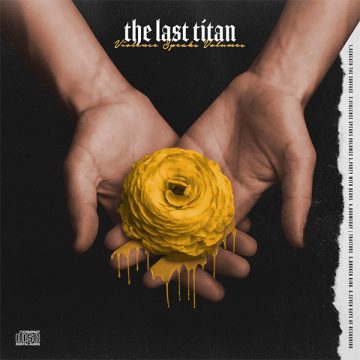 Sacramento-bred metal band The Last Titan has come out firing with all cylinders with their new EP Violence Speaks Volumes.

Coming out from the gate, we get an onslaught of chaotic guitar bliss that shows right from the very beginning what this band is all about and what they will continue to uphold throughout the rest of the EP.  “Beneath the surface” stands out for these reasons and more as not only one of the best introductory songs on the EP, but also shows that this band is more than capable of producing a brutally interesting record, lyrically and instrumentally.

Other treasures that stand out of this nugget of metal ingenuity are “Doomsday/Traitors” and “Broken King”. Both come in as close second and third favorites due to the stellar instrumentality in both tracks that bleeds brutal energy and control of their genre craft.

In many ways Violence Speaks Volumes is the perfect beginning for this up and coming metal band. Even though it is an EP, it’s not hard to see that this band is bound to make some waves in metal scene in the near distant future.